Mass wedding in Kabul in the presence of Taliban gunmen

By Editorial Team
Modified date: June 14, 2022
1
World
In white dresses and long green veils that completely cover the women, and traditional clothing for the men, about seventy couples got married on Monday in the Afghan capital, Kabul, during a group wedding that organized less expense, in the presence of armed men. Taliban.

With great gifts, many gifts and generous celebrations: a great hall wedding in Kabul costs in media from ten thousand to twenty thousand dollars, a colossal sum in a country that is one of the poorest in the world. But for years, many couples choose to get together without spending a lot of money by attending mass weddings. This movement has grown since the Taliban came to power last August. The freezing of billions of assets held abroad and the sudden interruption of international aid then precipitated the country in a severe financial and humanitarian crisis.

“I don’t have a job. We were short of money,” Ismatullah Shardoost, 22, a Hazara Shiite bride, told AFP. For her part, Abadullah Niazi, who waited eight years to get married, said: “Today no young person wants to bear the burden of an expensive marriage (…) These expenses are difficult to manage.”

The organizers refused to disclose the cost of the ceremony. Charities have provided couples with basic household items. The bride and groom wore traditional Afghan trousers and shirts under a sleeveless blue jacket and covered their heads with a flat white bonnet on the forehead, while the brides wore a long white dress under a large bright green shawl that covered the entire head and much of it. of their body. 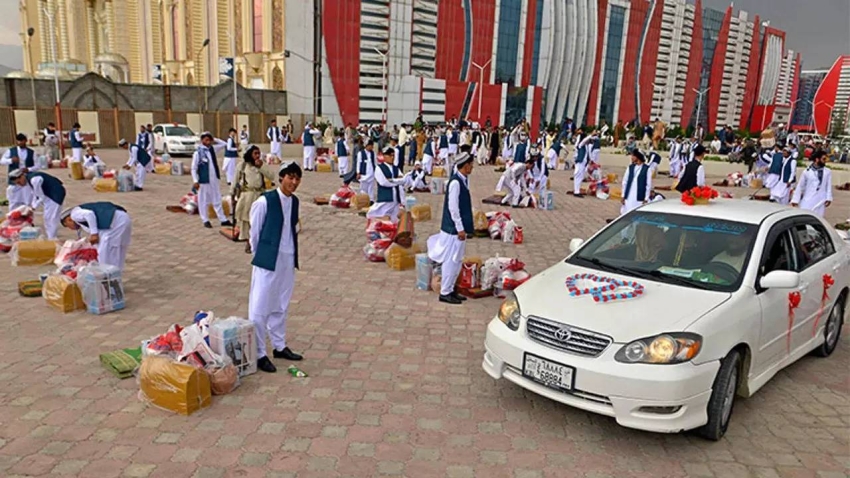 The bride and groom were separated throughout the ceremony, as did hundreds of male and female guests who were separated by dozens of armed Taliban fighters. Journalists were invited to follow the ceremony and were able to photograph the brides, but without talking to them.

Since returning to power, the Taliban have in largely excluded women from public work, restricted their right to travel and prevented girls from attending middle and high school. In early May, the supreme leader of the Taliban also decreed that women must cover themselves completely in audience, including the face, with the burqa applauding.

Before the arrival of the Taliban, weddings were often lively and colorful, with traditional dance, song and music and some degree of intermingling of men and women in this deeply conservative country. Since the return to power of the Taliban, large weddings are still allowed, but music is prohibited. During his first stint in government between 1996 and 2001, the Taliban banned spectacular appearances at wedding parties. Activities during Monday’s mass wedding ceremony were limited to a few poetry recitals and speeches by the charities that hosted the ceremony. A red and white wedding cake was prepared for each couple and placed in front of the couple. 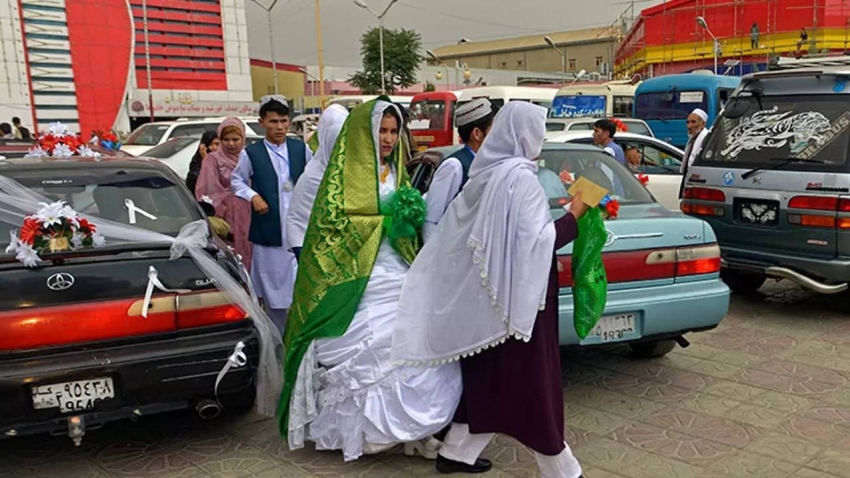 Despite this austerity, Ismatullah Shardoost said her wedding will likely be the “happiest day” of her life. At the end of the ceremony, the couple, each with a plastic badge with their name, left the place with their wives in auto decorated with flowers and ribbons.

Moscow: We hit the ammunition depots in Kremenchuk

Jordan: Life has returned to normal in Aqaba

Moscow: We hit the ammunition depots in Kremenchuk