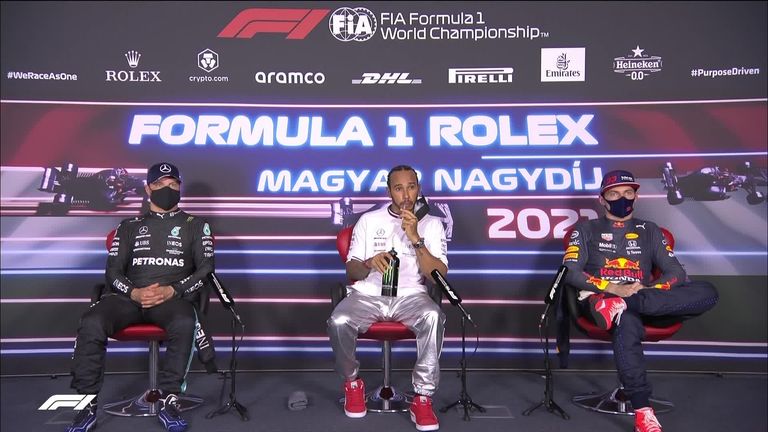 Cutting off a question in the post-qualifying press conference to Hamilton and himself about what would happen if they went wheel-to-wheel at the start of Sunday’s race again, Verstappen said: “Can we just already stop about this.

“We had so many ******* questions about this, it’s just ridiculous. Honestly. The whole of Thursday we have been answering this stupid **** all the time so can we just stop about it please?

“We are racers, we will race. Of course, we are going to race hard but fair. We just keep pushing each other.”

The events on the opening lap of the British GP have continued to dominate discussion and debate a fortnight on in Hungary.

A clip of Verstappen’s comments was played to Toto Wolff during a post-session appearance from the Mercedes team principal on Sky Sports F1, who said the respect remained high between the sport’s big two names.

“It’s exciting. You guys and everybody needs headlines and that keeps the sport interesting. It keeps stitching us up,” said a smiling Wolff.

“But none of them has lost respect for each other. The good ones recognise performance, so let’s see what happens.” 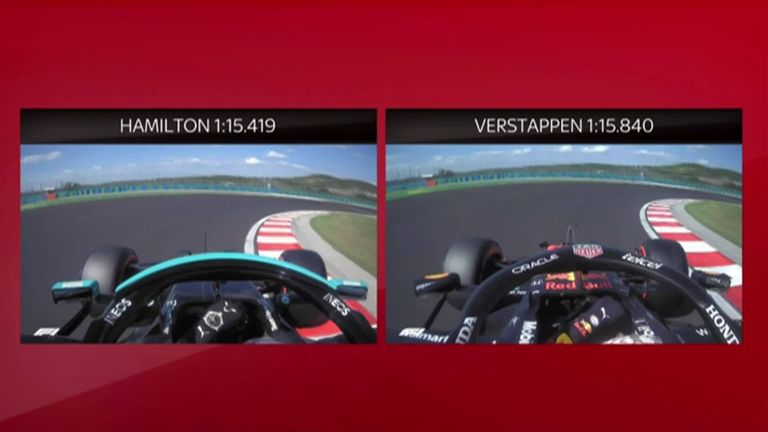 Verstappen’s chances of dicing with Hamilton on the opening lap of Sunday’s race again are in any case already compromised by the fact he starts behind both Mercedes drivers on the grid’s second row.

The eight-point championship leader had started from the front of the previous four grands prix grids but qualified 0.421s adrift of Hamilton here on Saturday, his biggest gap to pole of the season.

“We clearly were just lacking a bit of pace all weekend,” conceded Verstappen to Sky F1. “Not finding the best balance with the car.

“I think four tenths is a bit much; just my Q3 laps I didn’t have that great grip compared to even my Q2 laps. So we need to look into why that happened.

“But, nevertheless, there’s still a race to be driven tomorrow and we’ll give it our best.” 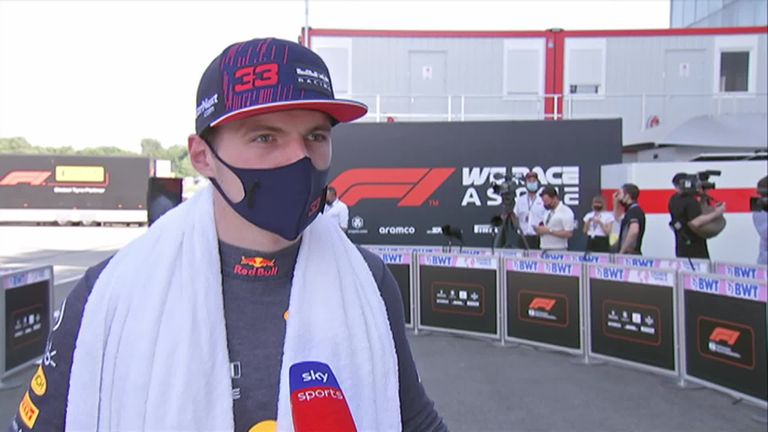 In addition to what appears to be the weekend’s fastest car around the sinuous Hungaroring, Mercedes also head into the race on the preferred starting tyre of the medium after Verstappen and team-mate Sergio Perez, who qualified a distant fourth, had to take the softs to guard against possible Q2 elimination.

“At the moment it’s a bit difficult to say if it’s going to be good or bad,” said Verstappen of his strategy, with the soft tyre likely to benefit off the line.

“Anyway, I didn’t really have a representative long run. Of course, I know it’s going to be super warm tomorrow so naturally the tyres won’t hold on as long, but we are going to give it a good go.

“The thing was a lot of people improved [their time at the end of Q2] so I had to finish my lap, otherwise it was going to be super close, and you don’t want to risk to be kicked out. So it’s just better to put that lap in and of course start on a softer compound. But that’s still much better than starting P11.”

Previous articleAn international track for the Crown Prince Camel Festival races in Taif
Next articleWashington: It is time for the Houthi militia to stop obstructing the pace