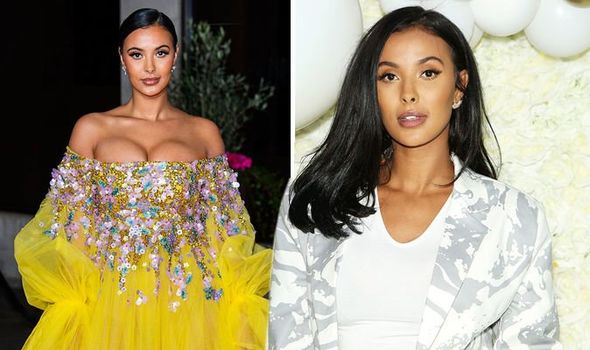 Maya Jama has pulled out of the BAFTAs 2021 after falling ill (Image: GETTY)

Maya Jama, 26, was scheduled to present an award at this year’s BAFTAs 2021, but will no longer be attending. Taking to her Instagram Story, she told fans she had fallen ill after eating raw tuna. In view of her 2.2 million followers, she wrote: “Soooo sad I won’t be at the BAFTAs today.

“I ate that posh raw tuna s**t and have been [sick emoji] all day.

“Was supposed to wear the dress of dreams, also I might have to wear it to the shop next week to feel better.”

Maya is no stranger to turning heads on red carpets with her eye-catching outfits.

Last year at the show’s after party, she stood out in an extravagant bardot yellow dress which featured multicoloured sequins. 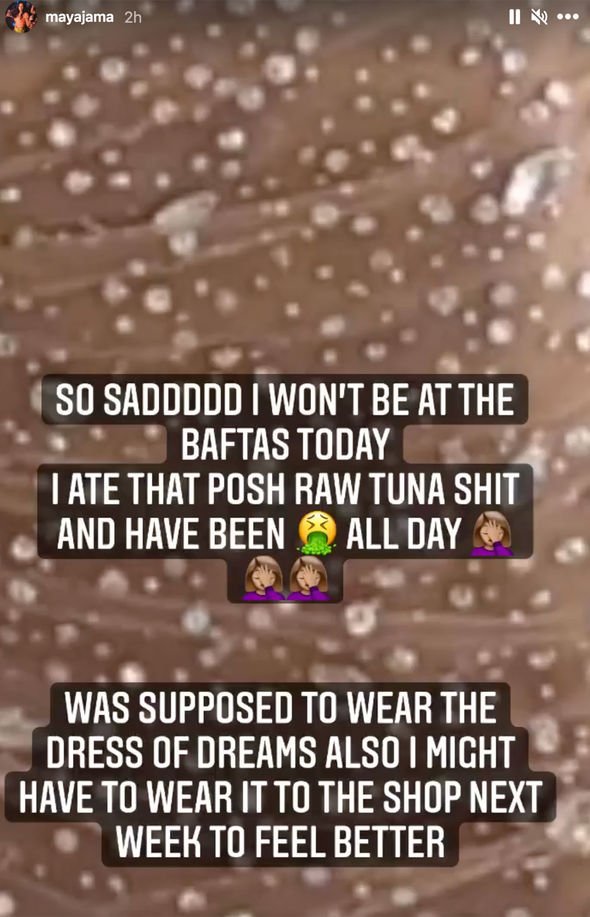 Maya Jama told fans she had been throwing up all day after eating ‘posh tuna’ (Image: INSTAGRAM•MAYAJAMA) 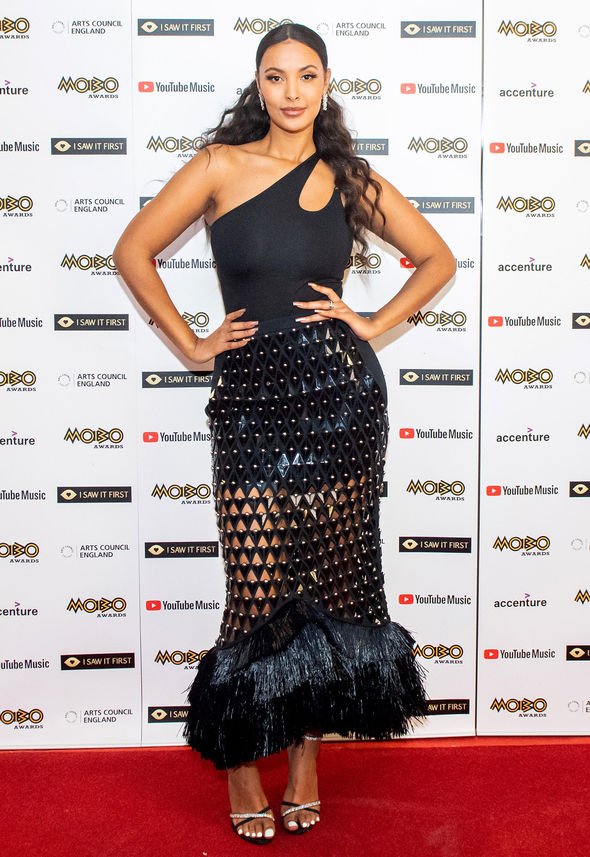 Maya Jama is no stranger to turning heads on red carpets with her glamorous looks (Image: GETTY)

Adding to her glamorous look, she opted for carefully contoured make-up and wore her hair in a sleek ponytail.

Earlier this month, Maya revealed she has been nominated for Best Presenter gong at the National Television Awards.

She wrote: “Honeyyyysss I am over the moon to be nominated for this years @officialntas. 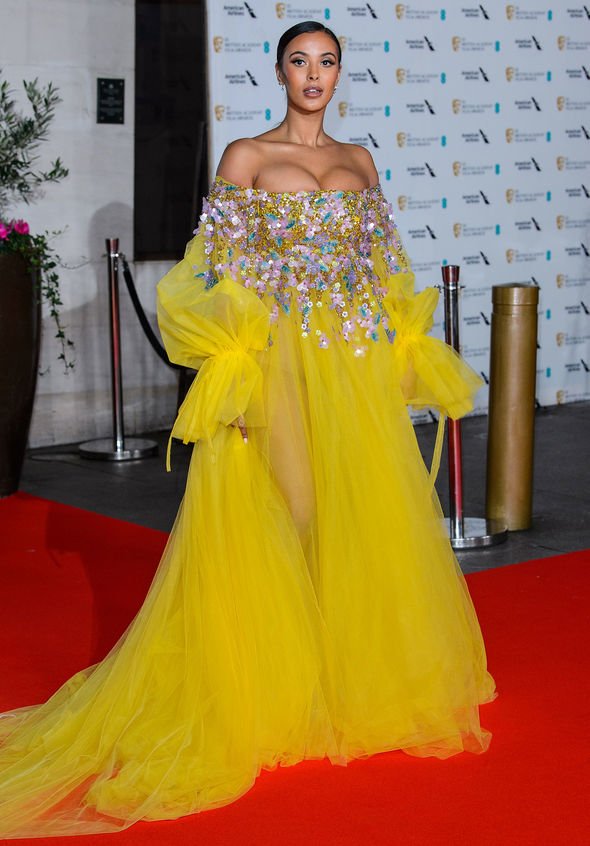 Maya Jama stood out at the the EE British Academy Film Awards 2020 After Party (Image: GETTY)

“I’ve attended for years & watched my TV idols on that stage like, ‘one dayyy’.(sic)

“I even said to @iswiz last time we were at the awards watching from the box that next year I wana be nominated & now look! God is soo good.”(sic)

Elsewhere this evening, the BAFTAs will be hosted by comedian Richard Ayoade at London’s Television Centre.

Line of Duty’s Adrian Dunbar, Strictly stars Bill Bailey and Oti Mabuse and Daisy May Cooper are all set to guest present.

On the red carpet this evening, the Ted Hastings star discussed a potential new series of the much loved BBC drama.

Speaking to Tom Allen, he said: “I don’t know about that, whether we will see another series.

“I’m sure everybody wants one, we certainly want one.

“We’re very tired and I’m getting quite old.”

On why he thinks his character is loved by viewers, he added: “Well, I think it’s because he’s a bit old school, I think people like to believe there is someone like Hastings in charge.

“Somebody who’s got a bit of a moral backbone, it seems to be lacking in a lot of our leaders at the moment.

“Maybe that’s one of the reasons that people respond to him as a character.”