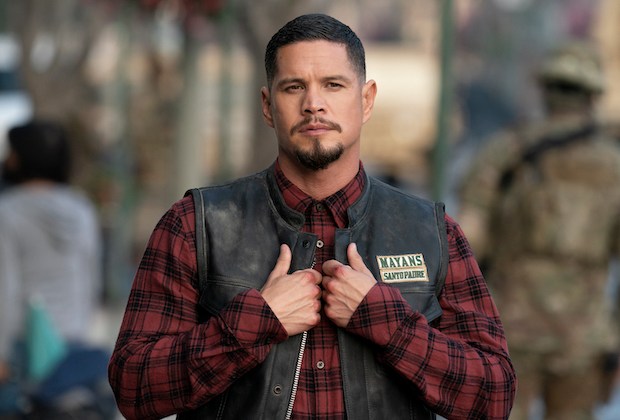 Two episodes ahead of its Season 3 finale, Mayans M.C. has been renewed for a fourth season, FX announced on Monday.

“I am deeply indebted to everyone at FX and 20th for allowing us to continue to tell the stories of the characters that Kurt [Sutter] and I created and whom our cast and crew took to new heights in season 3,” said showrunner Elgin James. “In Season 4 we look forward to diving deeper into each character’s truths, exploring the danger of the combustible world they inhabit, and for each writer, cast member and crew to stake out our place as storytellers.”

“Elgin James, his creative collaborators, this incredible cast and crew delivered on another epic season of Mayans M.C.,” declared FX president Nick Grad in his own statement. “Through three seasons, Mayans has told stories that resonate well beyond the border where the club thrives and survives, inviting fans inside their world and giving them a seat at the table.”

“I Have A Proof Of Being Virgin From A Hospital”