Stockholm, June 3 (IANS) Climate change poses serious risks to mental health and well-being, and thus countries must make it a priority while taking efforts to tackle the climate crisis, the World Health Organization (WHO) said on Friday.

According to a recent report by the Intergovernmental Panel on Climate Change (IPCC), rapidly increasing climate change poses a rising threat to mental health and psychosocial well-being – ranging from emotional distress to anxiety, depression, grief, and suicidal behavior.

“The impacts of climate change are increasingly part of our daily lives, and there is very little dedicated mental health support available for people and communities dealing with climate-related hazards and long-term risk,” said Dr Maria Neira, Director of the Department of Environment, Climate Change and Health at WHO, in a statement.

The WHO noted that these figures will be exacerbated by the climate crisis. It urged countries to ramp up mental health and psychosocial support within disaster risk reduction and climate action to help protect those most at risk.

A 2021 WHO survey of 95 countries found that only nine have thus far included mental health and psychosocial support in their national health and climate change plans.

The WHO on Friday also released a policy brief at the Stockholm+50 conference in Sweden.

The Stockholm Conference commemorates the 50th anniversary of the UN Conference on the Human Environment and recognises the importance of environmental determinants for both physical and mental health.

Intermittent fasting may reduce the risk of Alzheimer’s

The discovery of a rare blood type that can protect future... 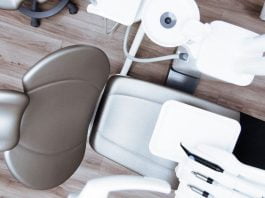