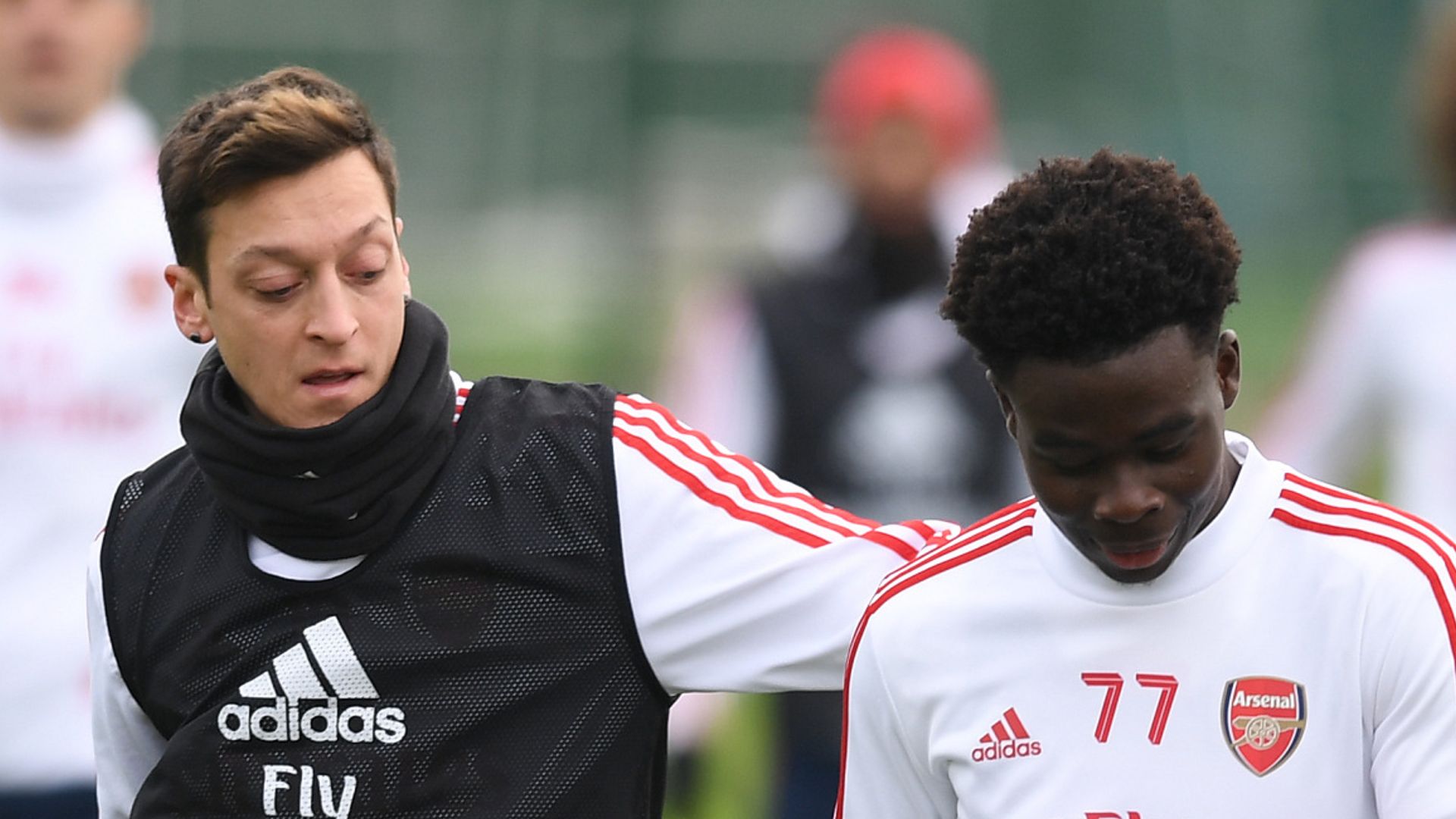 Former Arsenal star Mesut Ozil says Bukayo Saka deserves respect for stepping up in England’s Euro 2020 final penalty shoot-out defeat to Italy and has urged the teenager to stay strong in the face of racism.

Saka missed the decisive penalty and was subjected to racist abuse on social media following the game along with team-mates Marcus Rashford and Jadon Sancho, who were also unable to convert from the spot.

Former Arsenal playmaker Ozil empathised with Saka over his penalty shoot-out heartbreak and offered his support to the 19-year-old in an exclusive interview with Sky Sports News.

“I felt very much for Bukayo,” said Ozil. “I know from my own experience how it feels to miss a penalty.

“In a final, as the last one, to take on the responsibility of an entire nation as a young player – respect. Not many players would dare to do that.”

Ozil, who played for Germany between 2009 and 2018, retired from international football citing racist abuse.

At the time he tweeted: “I am German when we win, but I am an immigrant when we lose,” – a message that was echoed by many in response to the racist abuse aimed at England’s young black players.

The 32-year-old says the problem is not going away.

“There will always be people who racially abuse and scapegoat people of different backgrounds and skin colour when they lose,” he added.

Asked if he has any advice for the Saka, Sancho and Rashford, Ozil said: “Unfortunately there will always be a small part of our community that racially insults and threatens players.

“We should focus much more on the positive messages that keep players strong.”

Ozil and Saka played together at Arsenal for two seasons before the former moved to Fenerbahce. Speaking after pre-season training in Turkey, Ozil recalled getting to know his former Gunners team-mate.

“Bukayo is a modest young player. I have gotten to know him as a very determined young man who works very hard for his dream and does everything he can to achieve it.”

Ozil is confident that Saka has the ability and mindset to move on from his setback with England and play an integral part for the Three Lions moving forward.

“Bukayo is blessed with a talent that not many have,” said Ozil. “If he remains as humble and determined as he already is, I am a hundred per cent convinced that he has a great future ahead of him and can become a great player.

“He’s really a great talent, and I’m sure that there are going to be many more big matches for the English national team for him in the future.”