Metric Racer is in the

and with it I’m releasing

! New Region, Big Visual Improvements and the first of many brand New Tracks!

To celebrate all the great racing games out on Steam, the Steam Racing Fest is going on now! Metric Racer is participating and is currently at

! I’ll be streaming through parts of this week as part of it!

A New Region is taking shape in the Outer Colonies. The first track released is Juno City, the first settlement into the Frontier of the Sol system. This track combines portals, city racing and terrain navigation into a dynamic and engaging race. The new enviromental flying cars, volumetric fog and improvements to glass and skybox shaders all add a new layer of detail and life to the tracks. Check out the first look here:

Instead of dumping a number of tracks all at once I’m going to be releasing them 1 at a time to take the communities feedback on them. The

has had a number of improvements since the initial launch and I want to make that feedback loop a lot tighter! Follow me over on twitter to give your feedback!

I’ve reworked and done another pass at a number of different systems in the game.

Initially the racers were glued to the tracks and it gave a very rigid feel to the racers. I’ve gone back and added a full physics spring-mass calcluation on top of the physics body calculations. This gives a far better anti-grav feel.

What Time is it?

Crossing the finish line you’ll see your +/- with other racers on the field. You’ll know how much of a lead you have or how much you’ll need to make up on that next lap!

I’ve begun adding more enviromental items in the editor to give more life to the levels. The first addition is flying cars as you can see here along with better volumetric fog. Expect to see more choices for items which help levels feel alive along with better visual enhancements.

I’ve added a number of bug fixes to the track editor, but one major addition is the ability to close gaps. By selecting two end track nodes and then pressing [Ctrl + B] you’ll close the gab between two track pieces. This ads a lot more flexibility to the tracks themselves. One note though is you’ll still need to re-work the AI nodes as you’d like. 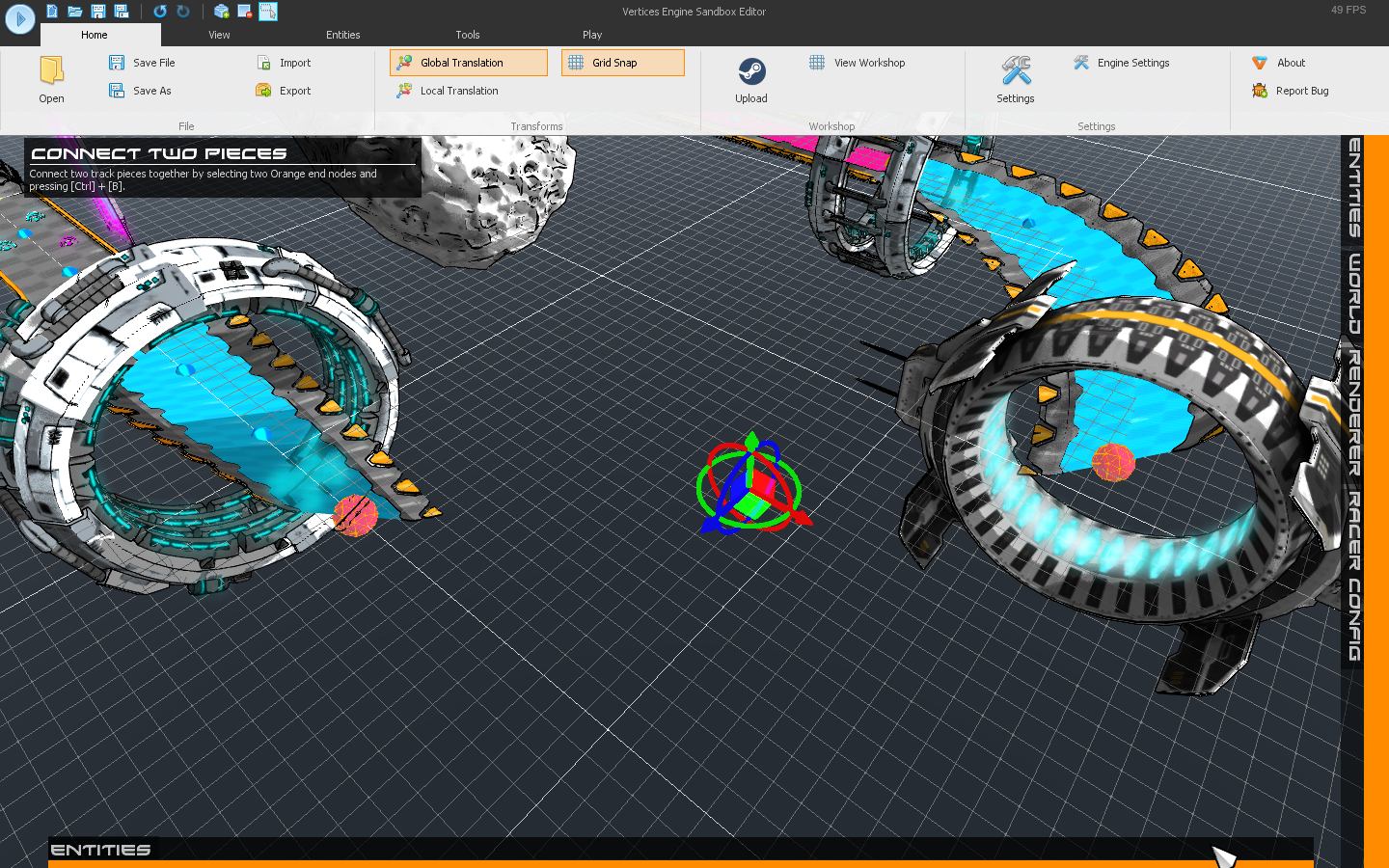 There’s no point adding improved editor features if I don’t apply them to existing levels already! Currently New New York, Hong Kong and the Dragons Tail have all a substantial refresh helping them feel more alive. I’ll be giving Malaysia and the Mars levels the same treatment soon so keep an eye out for that! 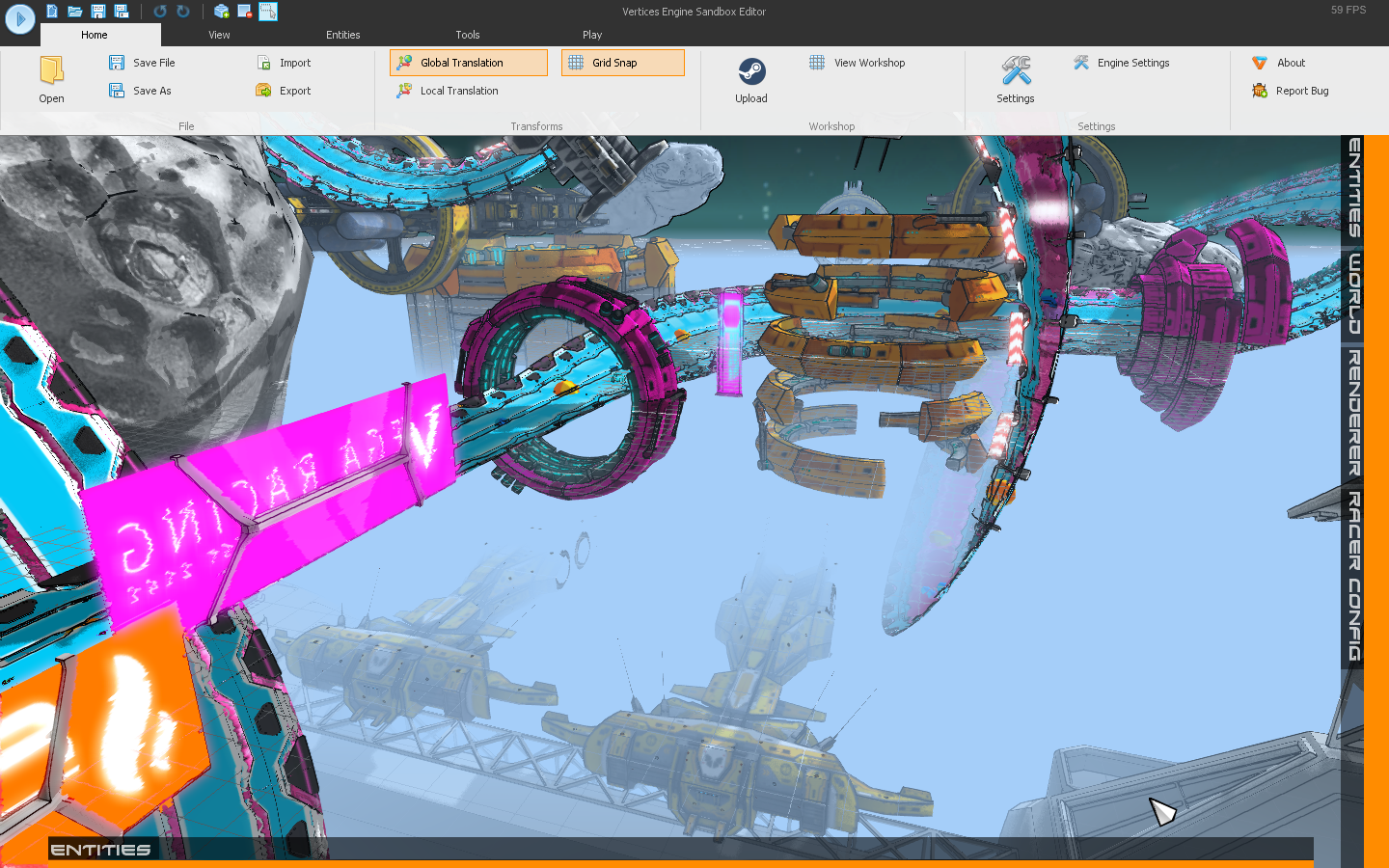