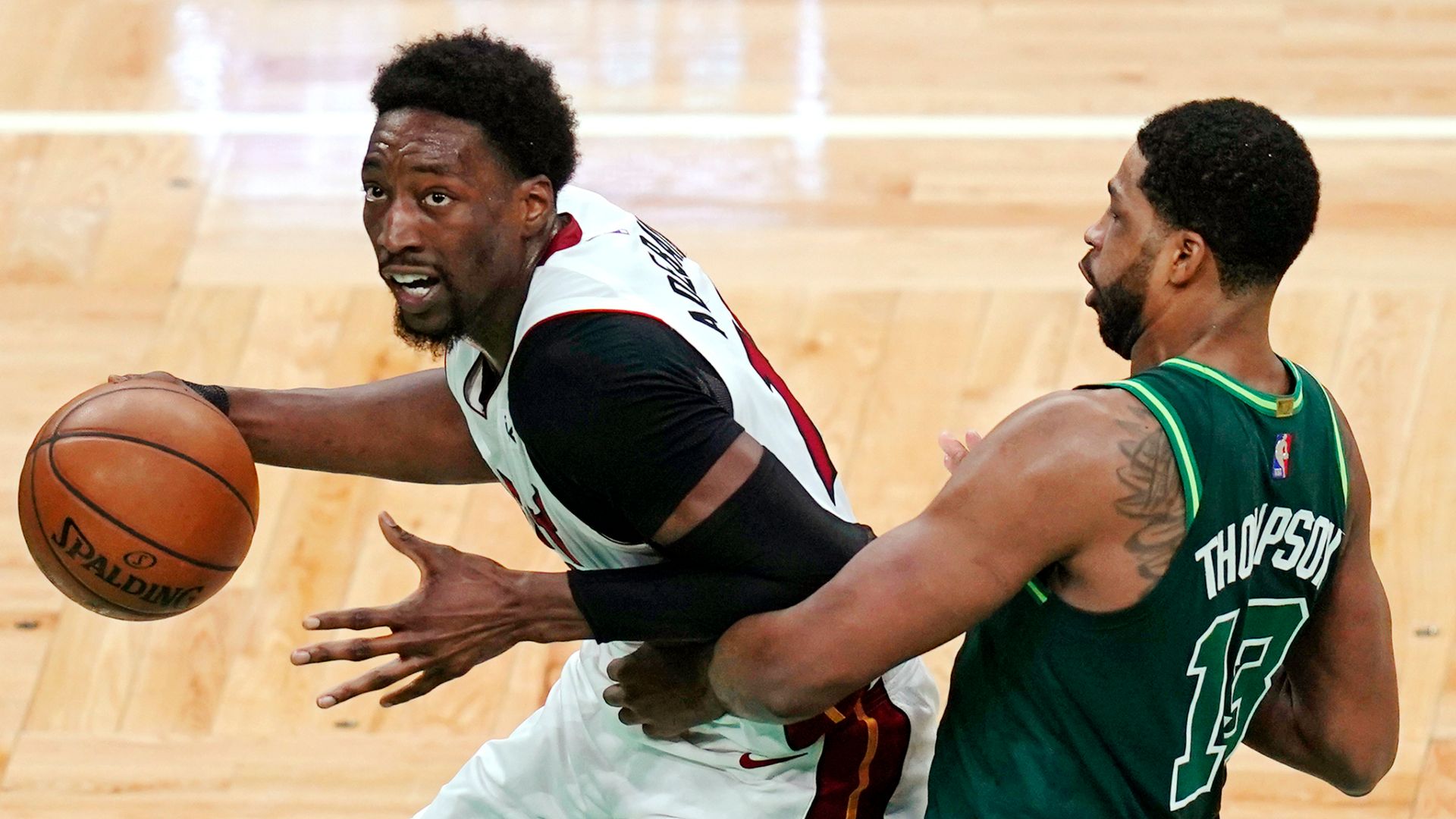 The Miami Heat clinched a spot in the playoffs for the fourth time in the past six seasons by beating the host Boston Celtics 129-121 on Tuesday night.

Miami (38-31) won in Boston for the second consecutive game, all but relegating the Celtics (35-34) to the NBA’s play-in tournament. Miami has a three-game lead and holds the head-to-head tiebreaker on the Celtics with each team having three regular-season contests to play.

Tyler Herro led the Heat, who shot 59.3 percent from the field, with 24 points and 11 rebounds. Duncan Robinson and Bam Adebayo scored 22 apiece. Kendrick Nunn contributed 18 points, and Goran Dragic had 17.

Miami was without Jimmy Butler (team-high 26 in the Sunday win) in the second half after he was apparently poked in the eye after colliding with Smart just before halftime.

Butler ended with 13 points in 17 minutes.

Caris LeVert scored 24 points and Domantas Sabonis posted a triple-double with 16 points, 15 assists and 13 rebounds to lead the host Indiana Pacers to a 103-94 comeback win over the Philadelphia 76ers.

The Pacers (33-36) clinched a berth in the Eastern Conference Play-In Tournament with their second consecutive victory coupled with the Chicago Bulls’ loss to the Brooklyn Nets.

The Sixers (47-22), who were without star center Joel Embiid due to an illness not related to COVID-19, had their season-long eight-game winning streak snapped and were unable to secure the top seed in the East.

Indiana, which holds ninth place in the East, also increased its lead to one game over the 10th-place Washington Wizards as the teams vie for home-court advantage if they were to play in the 9-10 matchup of the Play-In round.

Kevin Durant put up 21 points and eight assists to lead eight players in double figures as the visiting Brooklyn Nets never trailed and recorded a 115-107 victory over the Chicago Bulls, whose quest for a Play-In berth took a significant hit.

Joe Harris added 17 for Brooklyn (45-24), which won its second straight but also lost Kyrie Irving to a facial contusion early in the third quarter.

Irving was injured when Chicago center Nikola Vucevic elbowed him in the face as they were jockeying for a rebound under the rim.

Bruce Brown chipped in 15 and 10 rebounds while wearing a protective facemask after sustaining a nasal fracture in practice Monday. Jeff Green contributed 14 while Irving and Blake Griffin finished with 13 apiece as the Nets shot 47.2 percent and handed out 32 assists.

Brooklyn led by as many as 19 and survived a comeback attempt in the fourth quarter when they were unable to contain Zach LaVine, who led all scorers with 41 points.

Chicago (29-40) was unable to win its fourth straight game and dropped three games behind the Washington Wizards for the final play-in berth.

Giannis Antetokounmpo recorded 27 points, 12 rebounds, five assists and three steals to lead the Milwaukee Bucks to a 114-102 victory over the visiting Orlando Magic.

Donte DiVincenzo scored 19 points as the Bucks (44-25) won for the sixth time in the past seven games. Brook Lopez added 17 points and Jrue Holiday had 15 for Milwaukee.

The Bucks remain one game behind the Brooklyn Nets for second place in the Eastern Conference with three games left.

Cole Anthony scored 18 points and Moritz Wagner registered 17 points and a season-best 13 rebounds for Orlando (21-48), who have lost four straight games and 17 of its past 21.

The Minnesota Timberwolves led the Detroit Pistons wire to wire, highlighted by an 18-0, second-quarter run that gave them a comfortable lead for much of a 119-100 blowout win in Detroit.

Anthony Edwards continued his push for the 2020-21 NBA Rookie of the Year award with 22 points for Minnesota (22-47), which won its second straight and sixth in the last nine.

Karl-Anthony Towns scored a game-high 28 points, including nine in the game’s first six minutes to set the tone.

D’Angelo Russell scored 15 points and dished a game-high 10 assists for Minnesota, while Ricky Rubio added 19 points on 8-of-14 shooting from the floor.

Saddiq Bey extended his NBA rookie record for most games making at least five 3-pointers to 13, going 5 of 8 en route to 21 points.

Saben Lee came off the bench for 22 points on 7-for-9 shooting from the floor and 8 of 8 from the free-throw line. Josh Jackson recorded 11 points, Killian Hayes finished with 13 points, six rebounds, seven assists and Sekou Doumbouya posted 12 points and eight rebounds.

Previous articleMillie Bobby Brown & Henry Cavill AKA Sherlock Holmes To Work More Closely This Time?
Next article“My Dad Would Hit Me, My Mom Would Slap Me”