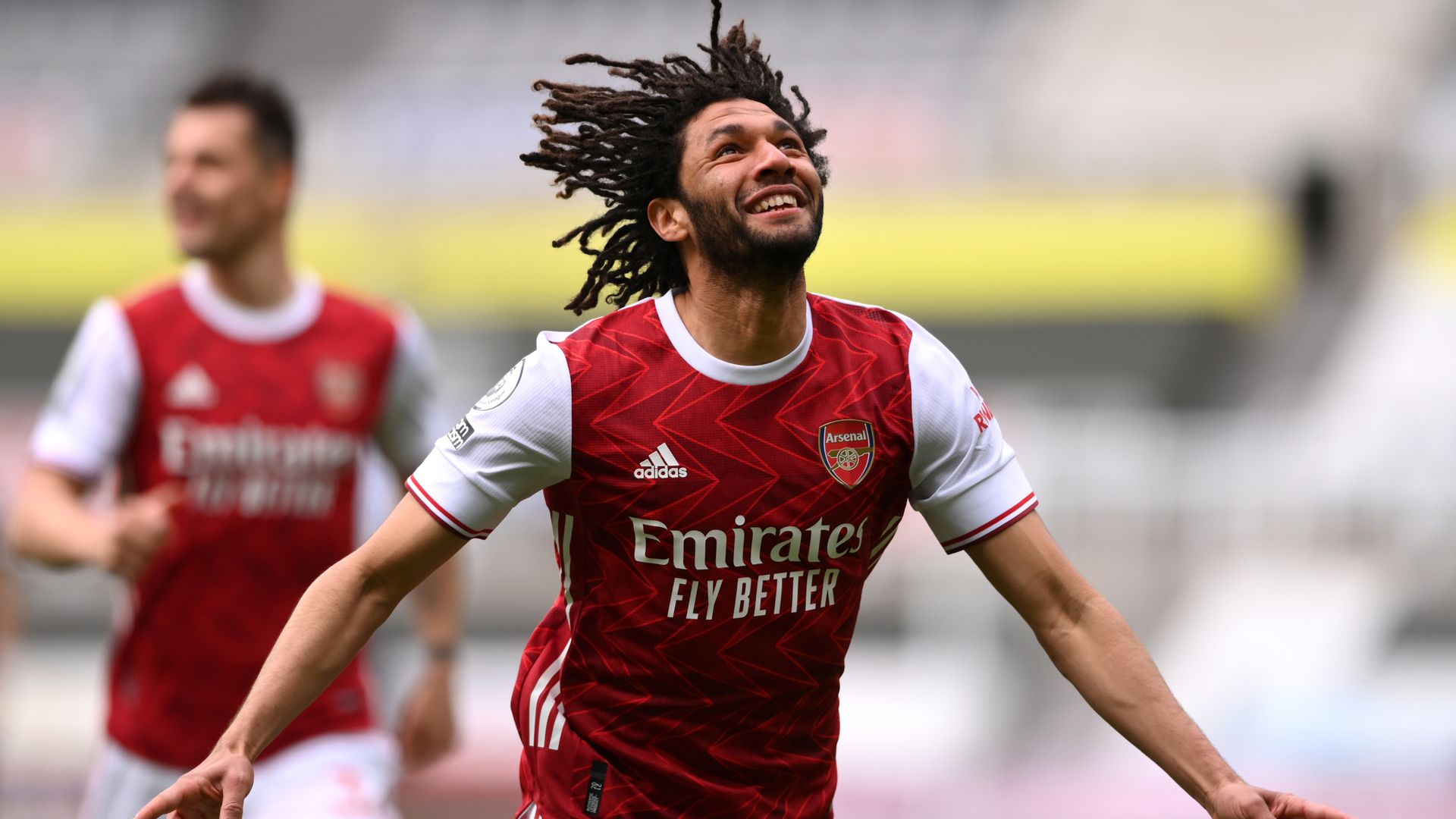 Mikel Arteta insisted Arsenal’s victory at Newcastle was proof their Premier League campaign was just as important as their looming Europa League semi-final.

Arteta made eight changes ahead of Sunday’s game at St James’ Park with an eye perhaps on Thursday’s semi-final second leg against Villarreal, where the Gunners look to overturn a 2-1 first-leg deficit and salvage their season.

The alternations proved immaterial as Mohamed Elneny’s maiden Premier League goal set Arsenal on their way to a dominant 2-0 victory before Pierre-Emerick Aubameyang ended a six-game goal drought to wrap up the points.

The victory lifted Arsenal up to ninth in the Premier League, on the fringes in the race for European qualification, but primed and ready to seize the opportunity that winning the Europa League presents.

“This game showed our focus is still there in the Premier League,” Arteta told Sky Sports. “We believe that anything is possible if you’re picking up points and we wanted to put bad results out of the way.

“We refreshed the team because we’ve played so many games. Thursday was very demanding, but the team was really committed and focused on this game and that’s why we won.

“We had a great attitude, some moments of real quality and had total control from the start. We controlled the game and we accelerated when it was needed. The early goal gave us confidence which we needed after the defeat on Thursday.

“We have to do as well as we can and finish as high as we can. You need big performances and we had that today.”

Arsenal skipper Aubameyang gave Arteta food for thought after scoring on his return to the team ahead of Thursday night’s Europa League semi-final shoot-out with Villarreal.

Aubameyang managed just five minutes as a substitute in the first-leg defeat by the Spaniards after recovering from malaria, but he got 77 minutes under his belt and found the back of the net in Sunday’s 2-0 Premier League win at Newcastle to signal his readiness to play a part in the second leg.

Asked if he had played his way into contention, Arteta said: “We thought he wasn’t going to manage that. On Thursday, the day before, he was really struggling, to be fair, he could only manage to play 10 or 15 minutes.

“But the day after and the day after, he started to feel better and it’s good to see that he was fine today. He performed well and he scored a goal, so it’s a real boost.”

Arteta’s satisfaction at his captain’s contribution was tempered by the loss of defender David Luiz, who limped off a St James’ Park with a hamstring problem.

With Kieran Tierney and Alexandre Lacazette yet to train with their team-mates after knee and hamstring injuries respectively and unlikely to be available on Thursday as a result, Luiz’s loss would represent a further blow.

Arteta said: “He felt something in his hamstring, so it’s not good news. He’s put in such a shift to be back with the team for the last few weeks after the knee surgery and it’s a real shame.”

After masterminding a four-game unbeaten run which moved Newcastle to within touching distance of Premier League safety, Sunday’s abject defeat ensured the Magpies remained 17th in the table, nine points from safety with four games remaining.

On the defeat, Bruce added: “The disappointment for me today is that we could have gone 13th in the table, and we’ve missed that opportunity. I say missed the opportunity, we had to play well to beat Arsenal and unfortunately, we didn’t play well enough.

“The better team won, that’s for sure. Arsenal were very good and weren’t quite at the level we have been for the last few weeks.

“When you play against the big teams you cannot afford to gift them a goal like we did, it’s always difficult to be down after four minutes and we found it tough.

“We stuck at it, our best period of the game was just after half-time, but they scored again, and we didn’t carry the threat we’ve carried before, which was unfortunate.

“I couldn’t fault the effort and commitment from the players, we simply weren’t good enough on the day to beat them.”

Newcastle’s afternoon took a further turn for the worse in the final minute of normal time when defender Fabian Schar, who had joined the fray as a 72nd-minute substitute, was sent off for a late challenge on Martinelli, harshly in the opinion of Bruce.

“I still think it was harsh because it was not a real reckless challenge,” he added. “The way it is at the moment and the rules are . There’s no tackles anymore. I don’t think it deserves a red. Maybe it’s a yellow.

“Is it dangerous? Not really. We’re playing Arsenal so you have to get into them. When that stops it becomes very difficult. I have sympathy for Fabian Schar. He tries to win the tackle. Maybe a yellow card but certainly not a red.”