Mikel Arteta admits Arsenal ‘disorganised’ in first half at Villarreal – but 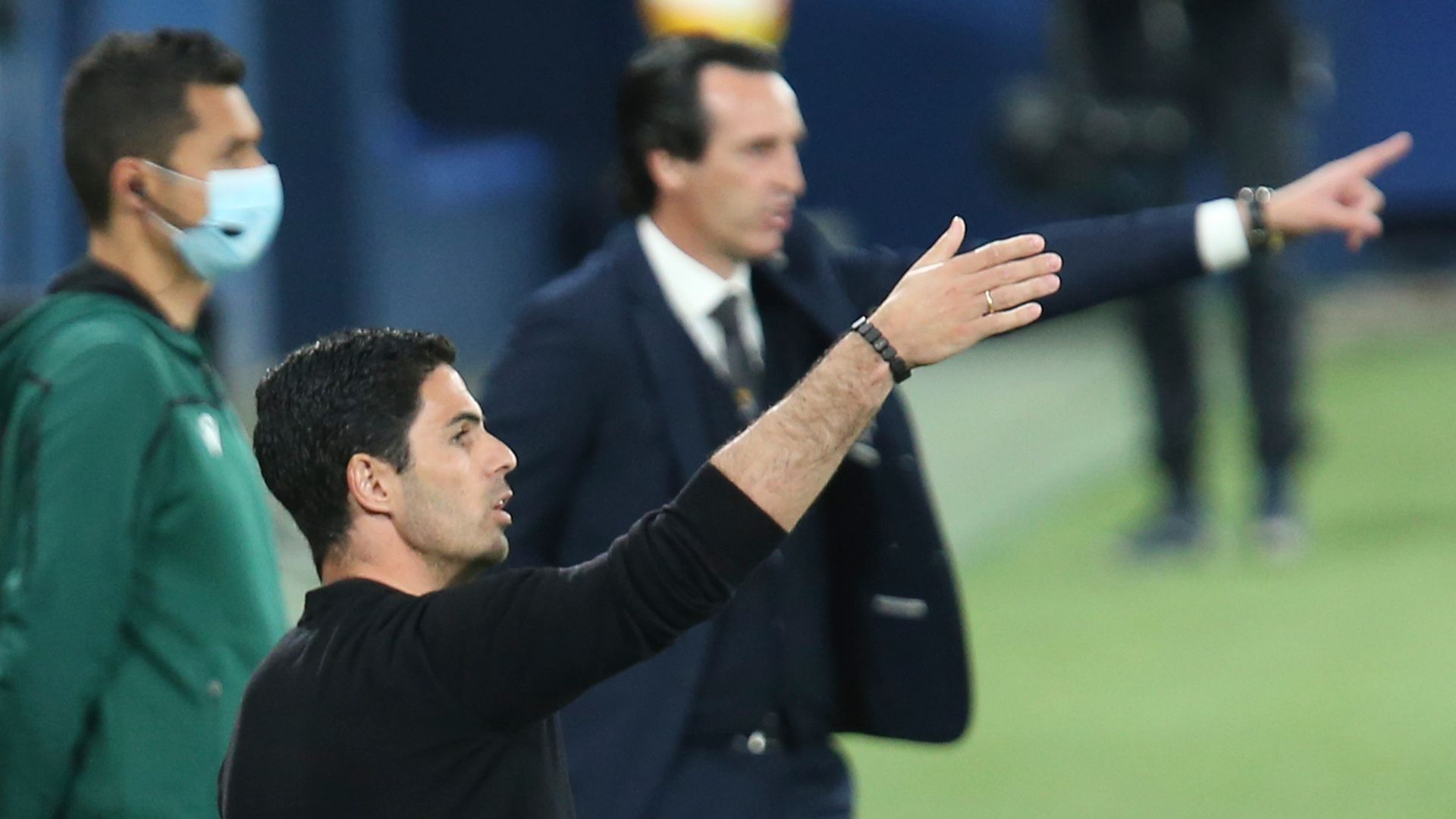 Mikel Arteta rued Arsenal’s “disorganised” start at Villarreal but remains confident they can triumph in the Europa League semi-final tie after earning an away goal in the 2-1 first-leg defeat.

Arsenal trailed 2-0 in the first half to former manager Unai Emery’s side and were further rocked after the break when Dani Ceballos saw red.

But Nicolas Pepe’s 73rd-minute penalty – won by Bukayo Saka – handed the Gunners hope and means they take a potentially priceless away goal into the deciding leg at the Emirates next Thursday.

Arteta was frustrated by his side’s first-half display but said he believed Pepe’s spot-kick keeps the tie very much alive heading into Thursday’s decider.

“We didn’t want to come here and lose obviously but the way the game developed, being 2-0 down and with 10 men, it’s probably the best result we could have,” Arteta told BT Sport.

“They were two different halves. We started to be us. In the first half, there were so many moments that we weren’t us. We weren’t clear with our high press, we were disorganised, we were not precise with the ball and we didn’t have enough control.

“We didn’t have enough threat or desire to attack the box but in the second half it was completely different.

“We are very used to that (Bukayo Saka playing well) this season, but it tells us we need to do much more as we cannot always rely on him.

“Bernd Leno was very good, at 2-0, the chance with Gerard Moreno, he saved us, and at the end we had a big chance with Auba to draw the game.

Asked about the mood in the dressing room at full-time, he said: “Well comparing how it was at half-time, it is very different.

“I said to them: ‘We have an opportunity. It is a big challenge what we have ahead of us, but we have the opportunity to make it. But it has to be now. In the return leg, it is going to be too late. We have to change it right now. If we are able to do that we are going to get here in a completely different position’.

“We still had another incident, which was the red card and playing with 10 men against this team, and the team went to a different level again and we got the goal.”

Arsenal’s starting XI did not include a recognised striker, although captain Pierre-Emerick Aubameyang did return among the substitutes.

In his post-match press conference, Arteta went some way to explain why he had set up his team this way and the breakdown of his system in the first half.

“It’s the way we prepared the game and the decision that I made, thinking that it was the best way to play, but the game was different after four minutes,” he said.

“So it’s difficult to assess if it would work or not, considering the set pieces as well changed it and after, we have to approach it in a different way.

“The main reason [the system didn’t work] was that after conceding the goal, we disorganised ourselves . We didn’t give ourselves the chance to get set in the final third to do what we wanted to do because we weren’t precise on the ball as well so overall, it was not the best.

“We started the second half with the same players in a completely different way. We played with three strikers sometimes, and we didn’t score any goals many times in the season, so it’s a decision that I made and that’s it.”

Saka: We’ve given ourselves a chance

Bukayo Saka admitted his own relief at Arsenal’s recovery after a sloppy start and believes his team-mates are capable of beating anyone when they “play properly”.

“There are a lot of positives which all came in the second half but it’s a semi-final of the Europa League, to start the game like we did, it’s impossible,” he told BT Sport.

“We didn’t create, we lost duels, we were passive. It’s really frustrating to look back but I’m just happy that we picked ourselves up and we’ve given ourselves a chance.

“We showed in the second half that we’re better than them; even with 10 men, we were dominating.

“It’s up to us. When we play properly, we can beat anyone.”

Villarreal manager Unai Emery believes his side deserved to win, and will have the same game plan heading into next week’s second leg at the Emirates.

“In the second half, we started at the beginning with a little more defensively because they pushed it on us but after, we had chances to score the third goal and that is our plan,” he told BT Sport.

“Then the two expulsions changed the match, but the penalty is not a penalty. I think we deserved this victory and we deserved to do it with more difference [of goals], but we play there again with the same plan, thinking of the control and to play with our personality and to show how we can play and take the performances into the second leg.”

Previous articleJeopardy! Video: Anderson Cooper Scolds All 3 Contestants for Failing to Identify Fleabag’s ‘Hot Priest’
Next articleBruno Fernandes and Edinson Cavani each scored twice as Manchester United thrashed an injury-hit Roma 6-2 at Old Trafford to close in on the Europa League final.