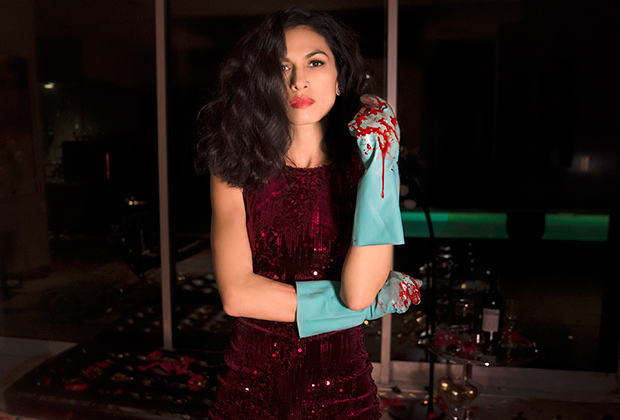 Fox is polishing up its 2021–2022 schedule with the addition of The Cleaning Lady, a “darkly aspirational character drama” starring Daredevil‘s Elodie Yung, TVLine has learned.

Based on an Argentine series, The Cleaning Lady stars Yung as Thony, a “whip-smart doctor who comes to the U.S. for a medical treatment to save her ailing son. But when the system fails and pushes her into hiding, she refuses to be beaten down and marginalized. Instead, she becomes a cleaning lady for the mob and starts playing the game by her own rules,” according to the official logline.

From Warner Bros. Television and Fox Entertainment, the one-hour drama is written by Miranda Kwok and directed by Michael Offer, both of whom executive-produce alongside showrunner Melissa Carter. Other executive producers include Shay Mitchell, Rose Marie Vega and Paola Suarez.

Other projects recently ordered to series at Fox include The Big Leap, a ballet-centric dramedy led by Scott Foley, and Lee Daniels’ Our Kind of People, a “soapy, thrilling exploration of race and class in America and an unapologetic celebration of Black resilience and achievement.”

Does Fox’s Cleaning Lady sound like it’ll make its way into your rotation? Drop a comment with your thoughts below.