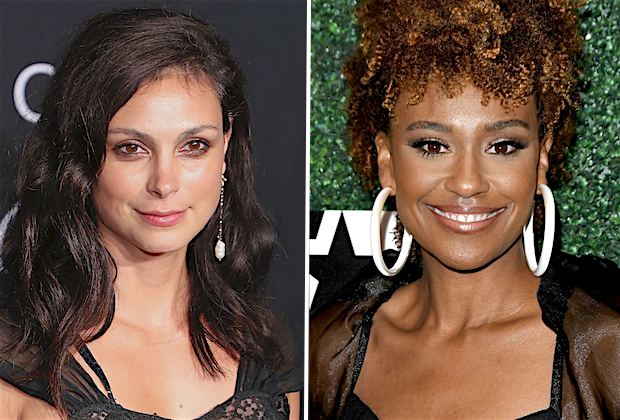 NBC has lined up a pair of familiar faces to play cat and mouse: Morena Baccarin (Gotham, Homeland) and Ryan Michelle Bathe (All Rise, First Wives Club) will star in NBC’s drama pilot about a string of bank heists, our sister site Deadline reports.

The untitled pilot will star Baccarin as Elena Federova, a criminal mastermind who is coordinating a number of bank heists around New York City, and Bathe as Val Fitzgerald, the FBI agent who is determined to stop her. “The sexy and twisted heist show reveals how far some people will go for love, justice and the most valuable commodity in the world: the truth,” per the official description.

Nick Wootton will write the pilot, with The Fast and the Furious franchise veteran Justin Lin set to direct. Wootton will also executive-produce, along with Jake Coburn (Arrow, Quantico) and Julie Plec (The Vampire Diaries).

Baccarin played Lee Thompkins on Fox’s Batman prequel Gotham and earned an Emmy nomination as Nicholas Brody’s wife Jessica on the Showtime thriller Homeland. Her other TV credits include V, The Good Wife and The Mentalist. She also costarred opposite Ryan Reynolds in the Deadpool films.

Bathé recently recurred as attorney Rachel Audubon on the CBS legal drama All Rise, which was cancelled last month after a two-season run, and has made appearances on This Is Us, Empire and The Rookie. She also costars on the BET+ comedy First Wives Club — but that series has been in limbo since airing its first season back in September 2019, despite being renewed for Season 2.