Muñoz: EVs are a key piece of Hyundai's growth strategy 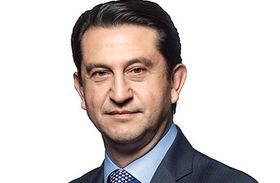 Hyundai’s twin goals of reaching 1 million U.S. sales a year by 2025 and introducing an ambitious global green-car portfolio might seem to be discrete ideas. But its North American CEO, Jose Muñoz, says the two objectives go hand in hand.

The South Korean automaker wants to embrace electric and hydrogen vehicles in a way that fuels its sales growth in this decade, Muñoz said last week during Automotive News’ online Congress Conversations.

“The growth is coming from several mainstream businesses,” Muñoz said. “One is the growth of our SUVs. We’ve seen how the Palisade, the Tuscon, Santa Fe have done an outstanding job.”

The second pillar of the plan will be growth of Hyundai’s luxury line. Genesis brought out the GV80 crossover last year and this year plans to introduce the model it expects to become its volume leader, the GV70.

“And we may have some surprises maybe later on this year,” Muñoz hinted.

The third and most important pillar of the growth plan will be what the executive referred to as “green vehicles.”

“We are in the midst of a big transformation of our portfolio,” he said, “bringing plug-in hybrids and bringing hybrids and battery-electric EVs in order to ensure that we are not fast followers but really pioneers in the new emerging green market.”

Hyundai previously announced that it expects to sell about 560,000 EVs a year globally by 2025, Muñoz said.

As part of its global strategy, Hyundai Group is also pursuing a larger role in both hydrogen powertrains and smart mobility solutions, including personal air travel.

Muñoz said Hyundai wants to lead in those new emerging markets by 2040, “achieving somewhere between 8 to 10 percent market share.”

The company managed to steer through much of the pandemic-related disruption. Hyundai brand sales declined 9.7 percent last year, compared with an industry decline of 14 percent, according to the Automotive News Research & Data Center. So its market share rose from 4 percent in 2019 to 4.2 percent in 2020, when it sold 622,269 vehicles.

The automaker’s resilience has made Muñoz more confident about reaching the 1 million sales mark pegged for 2025.

“When we thought the pandemic was a little bit more, let’s say, stabilized, we analyzed the future,” Muñoz said. “We came to the conclusion that we were well on track to deliver our 1 million car sales by 2025 — or earlier, actually.”