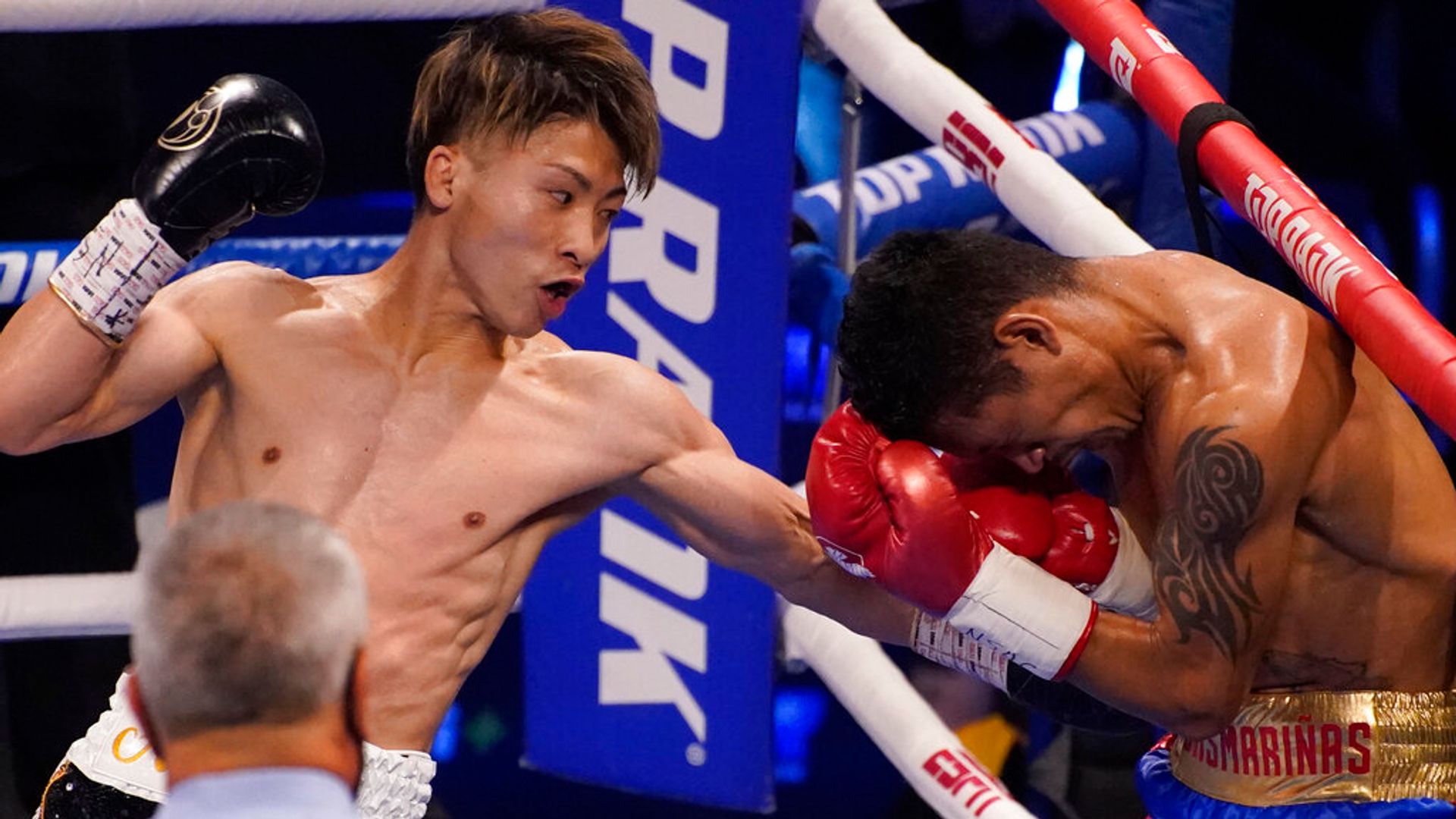 Naoya Inoue flattened Michael Dasmarinas three times in three rounds to demonstrate why he has a reputation as boxing’s biggest puncher on Saturday night in Las Vegas.

The Japanese fighter scored a trio of knock-downs from body shots, the third of which crumpled his rival in agony, to successfully defend his IBF and WBA bantamweight championships.

Inoue is among the world’s elite pound-for-pound fighters and his clinical power punching display in Vegas showed why – he now has 18 KOs in 21 fights as a former light-flyweight, an unheard of ratio of stoppages.

‘The Monster’ was on the prowl from the opening bell and it took him until midway through the second round to crunch home a left hook to the ribs that sunk Dasmarinas to the floor.

Dasmarinas, nicknamed ‘Hot and Spicy, rose again wincing, and Inoue still had time in the round to sting him again.

Inoue whipped Dasmarinas with the exact same body shot in the third round and sunk him to the canvas again.

All hope looked lost for the Filippino challenger, who had trained at the Wild Card gym made famous by Manny Pacquiao, but he bravely got up again.

But Inoue hammered him with a third left hook to the ribs and, when he sagged to the floor, the referee saved him from further punishment.

Nonito Donaire, who gave Inoue his toughest test so far in a 2019 thriller, recently won the WBA title at the age of 38 to set up a potential rematch while dangerous Filippino John Riel Casimero owns the WBO belt.

Vasiliy Lomachenko is live on Sky Sports in his comeback fight against Masayoshi Nakatani from Las Vegas next weekend.

Previous articleEthiopia’s relations in the Horn of Africa..friends and enmities
Next articleI consider myself very lucky that I am a part of bollywood