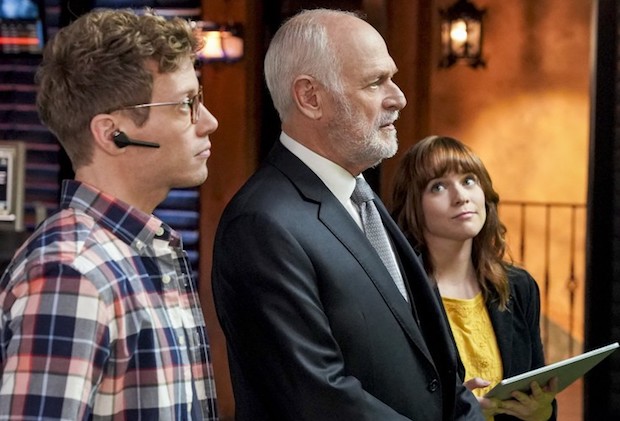 “When you have an actor of Gerald McRaney’s caliber, you do everything you can to make sure you get him as often as possible,” NCIS: LA showrunner R. Scott Gemmill tells our sister pub Deadline. “Admiral Kilbride has been an esteemed part of our universe for seven years now and we look forward to viewers seeing him come in and shake up our NCIS: LA world.”

In a recent interview with TVLine, Gemmill admitted to being “a huge fan of [McRaney’s] forever,” adding “I mean, I grew up watching him and I was really happy when we had him on the show the first time, a few years ago. He’s such a pro and so cool, he raises everybody’s game.

“He’s so great because he can do comedy, and he can do drama,” the EP continued, “and he likes to be out running around with guns, because he’s a big hunter in real life.”

Want scoop on NCIS: LA Season 13, or for any other show? Email [email protected] and your question may be answered via Matt’s Inside Line.

The Daily Show With Trevor Noah Set for 3-Month Hiatus, to Return in September With ‘New Look and Feel’