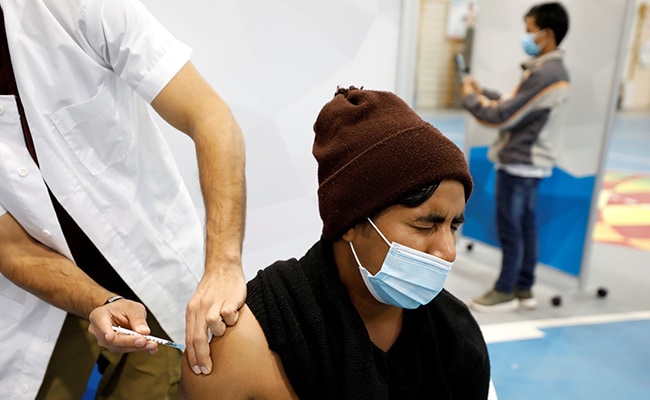 An agricultural worker from Nepal receives a vaccination against COVID-19.

Nepal on Friday gave emergency authorisation to India’s COVID-19 vaccine COVAXIN, becoming only the third country to approve the shot, developed by Bharat Biotech and a state research institute.

COVAXIN was shown to be 81% effective in an interim analysis of late-stage trial data on some 26,000 people in India. The vaccine was approved for emergency use in India in January and Zimbabwe cleared it early this month.

“Conditional permission has been granted for emergency use authorisation,” Nepal’s Department of Drug Administration said in a statement.

The Himalayan country has already received more than 2.3 million doses of the AstraZeneca vaccine from India, including 1 million doses as a gift.

China has also promised 800,000 doses of its own vaccine but the time for the delivery of the Chinese shots is unknown.

The latest approval comes as authorities in Nepal said they were suspending their vaccination campaign because of a lack of supply.

Jageshwar Gautam, a spokesman for the Ministry of Health and Population, said more than 1.6 million people had received their first shots under the inoculation drive begun in January.

“We do not have enough vaccine shots to begin our next phase of vaccination of people above 55 years of age,” Gautam told Reuters.

“The campaign will be suspended until we get more supply.”

Bharat Biotech says it has received interest in COVAXIN from 40 countries. It has sought or is in the process of seeking emergency approvals in Brazil, the Philippines and Thailand.

Previous articleOutriders Demo Update 1.06 on March 19th
Next articleFrance’s Ambassador to Saudi Arabia: We reject any act that destabilizes the security of the region