There are some excellent movies on Netflix to check out throughout the weekend. Here are the five top picks, and yes, there’s one for the children!

With the June 1 drop, there are plenty of movies on Netflix to check out right now. However, that list can end up being a little on the overwhelming side. You want to cut down that overwhelm by just finding the best movies to watch.

Trying to come up with that list isn’t easy. We need to cover a variety of tastes and interests. However, we do it each week to help you cut down on that overwhelming feeling, so you’re not stuck on the homescreen just flicking through titles.

Here are the five movies for this weekend to check out.

While not the greatest Tom Hanks movie ever made, there is something special about The Terminal. It follows a man who leaves his war-torn country but isn’t allowed into the United States just yet. He has to remain in the terminal. Stepping foot outside will lead to him being sent back to his own country.

There is laughter, there are tears. It’s a very typical Tom Hanks comedic movie and he’s the reason you’ll tune into it. 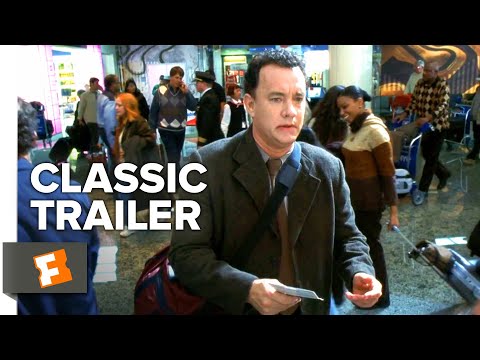 Hilary Swank made a name for herself in Hollywood because of Million Dollar Baby. Even if you’re not a fun of boxing or traditional boxing movies, this is one to check out. She’s a young woman who wants to learn how to box, and a gruff coach takes her on.

You’ll likely already know how it ends. It’s bittersweet. In fact, it’s quite heartbreaking. But the tears at the end are more than worth it for the journey up to that point.

Need a horror movie? Welcome Home is the one to watch this weekend. Aaron Paul and Emily Ratajkowki star as a couple who get away on a vacation in Italy. That’s when things take a turn for the worst.

It turns out the owner of the cottage they’re staying in has some sinister motives. Will the two be able to get out of the situation alive?

Super Monsters: Once Upon a Rhyme

Now it’s one for the children…well, more like the parents! This is technically a “special,” but with it being one long “episode,” we’re classing it as a movie. Super Monsters: Once Upon a Rhyme is another special for the Super Monsters franchise.

Let your kids follow Cleo, Frankie, Drax, and others on another journey. It’s a great series that shows monsters don’t have to be scary and making friends and accepting differences are good things.

Need a bit of romance for the weekend? We come to the last of the movies on Netflix, and it’s the Netflix Original Movie on the list. It’s a Korean movie, so there will be subtitles or dubbing, but both are more than worth your time.

Sweet & Sour is based on a book about a couple trying to make a long-distance relationship work. We’ve all been there trying to figure things out. Sometimes they have their happily ever afters, but will this relationship stand the test of distance?

Which movies on Netflix are you checking out this weekend? Let us know in the comments below.