Netflix: Edens Zero age rating: Is it appropriate for kids?

The popular Japanese science fantasy anime Edens Zero drops its first season on Netflix on August 26, 2021, and we can’t stop talking about it! Edens Zero is the TV adaptation series of the manga titled the same name.

It’s created by well-established manga creator Hiro Mashima, and it follows the story of Shiki and his new friends, Rebecca and Happy, as they travel through the Sakura Cosmos in search of new friends and to meet the space goddess named Mother.

Of course, this wouldn’t be a fantasy anime without powers! Shiki has the power to control gravity and is the captain of the warship Edens Zero. As Shiki and his friends travel through space, they encounter obstacles such as foes that they must defeat. Also, they meet new people who become friends and join them on their journey.

As you can see in the trailer (below), there’s a lot of intense battles between characters. You even see some characters use weapons like guns and magical swords.  So is Edens Zero an anime you should watch by yourself, or can this turn into a slumber party and the kids join you? We let you know down below.

As reported by AgeRating Juju, Edens Zero has been rated as PG-13. This means that you probably want to put on a show like Avatar: The Last Airbender for the kids and then sneak off to your room to watch Edens Zero. This anime received this rating because there’s a lot of violence shown in the show, some of the characters use supernatural powers, and there’s mild nudity.

However, kids that are 13 and up can watch Edens Zero if their parents allow it. If not, I have some suggestions for anime series that they can watch, like Little Witch Academia and Angel Beats. 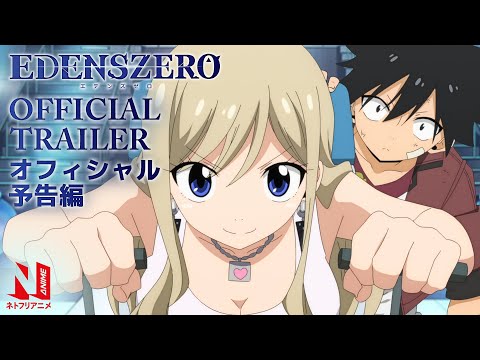 Edens Zero season 1 lands on Netflix on Aug. 26, and I’m sure it’ll be worth watching!