We are now halfway through Netflix’s Geeked Week with a number of first looks, interviews and more to celebrate all things genre entertainment at Netflix. Every day from Monday 7th June to Friday 11th June there will be a special episode giving fans a wide array of exclusive news, new trailers, celebrity appearances and so much more.

You can watch the third installment below and keep scrolling for a quick recap of what we have learnt today: 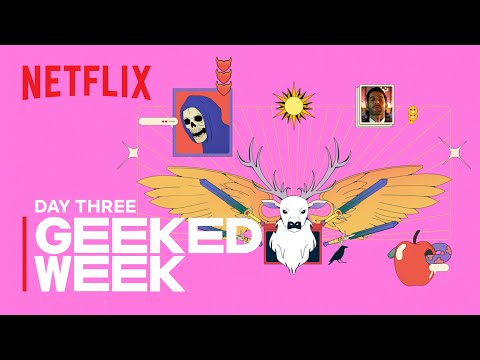 However, stay tuned after the main announcements as the ‘Post-Show’ has a number of further details about the shows and films mentioned in today’s announcements as well as a live Q&A session with the cast of “Gunpowder Milkshake”, a table read of the pilot episode of “Lucifer”, and the first five minutes of a new anime series “Trese”.

We’ll see you tomorrow with more news and updates!

You can watch the events on Netflix’s  accounts across all major platforms including: YouTube,  Twitter, Twitch, Facebook and TikTok and will ‘kick-off’ at 9am PT / 12pm ET / 5pm GMT.

Or you can head to http://geekedweek.com/ to get links to each video on YouTube.