Netflix: Is Alone on Netflix?

The History Channel reality competition series Alone is a must-watch for survival enthusiasts, and many Netflix subscribers are wondering if the show is available on the streaming service.

Staying alive in the wilderness is no easy task, and the contestants on Alone are willing to put their skills to the test and see if they can survive in total isolation for a grand prize of $500,000.

Over the course of Alone’s run, it has put people up against the elements in such locations as Chilko Lake in British Columbia, northern Vancouver Island, Nahuel Huapi National Park in Argentinian Patagonia, Great Slave Lake in the Northwest Territories, and northern Mongolia. The latest season left competitors in the Arctic for 100 days and upped the cash prize to a cool $1 million.

So far, there have been seven complete seasons of the show; the eighth season premiered on History on June 3, 2021. With over 80 episodes, and each season self-contained in its own new location, people undoubtedly need a place to watch Alone and catch up—or just enjoy their favorite season over again. Can you stream Alone on Netflix?

Is Alone available on Netflix?

There is good news and bad news regarding Alone’s availability on the streaming powerhouse known as Netflix. The good news is it exists; the bad news is only one season of the series is on the platform—season 7, which takes place in the Arctic and was the first season to feature a million-dollar prize.

The other seasons are not available to stream on Netflix. You can watch earlier seasons on different platforms such as Discovery+, Pluto TV and Hulu (some of which require their own subscriptions). 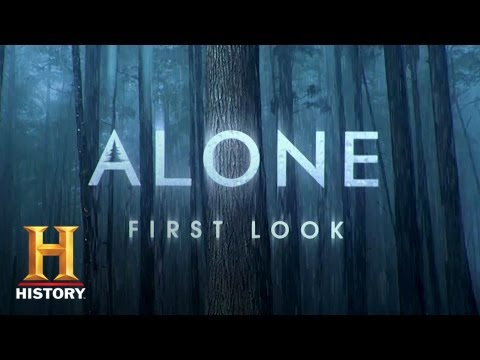 Previous articleThe Handmaid’s Tale Episode 9 Recap: The One That Got Away
Next articleKatrina Kaif in saree