Netflix: Is Carla in Elite season 4?

Elite fans, are you ready for the new season of the Netflix original series? We are super excited for Elite season 4 coming to Netflix later this week; it feels like Friday simply can’t come fast enough.

As fans of the show prepare for season 4, they also have to get ready to meet the amount of intriguing new characters coming this season who are sure to stir the pot for our original Las Encinas students.

Most of all, fans will have to prepare themselves for the amount of characters who are not returning next season. The show has experienced some turnover, and unfortunately Carla may be amongst those who may not be in the main cast anymore.

We tell you whether or not you can expect your favorite bombshell blonde in Elite season 4 down below.

SPOILER ALERT: This article contains a spoiler for the upcoming season of Elite.

Is Carla in Elite season 4?

You might want to brace yourselves for this one as it’s been announced that Ester Exposito would ultimately not reprise her role as Carla in the newest season of Elite.

Like Nadia and Lucrecia, Carla has gone on to graduate from Las Encinas—and being that she’s had quite a crazy time during her high school years, it doesn’t seem like she would return to her hometown any time soon.

The only person who may have a chance at convincing her to come back would be Samuel, as those two characters were in a steamy situationship for most of season 3.

However, there’s a silver lining as it seems that the pair may get most of their much-needed closure in their own special episode of the Netflix original series titled Elite Short Stories: Carla & Samuel. Check out the teaser for the upcoming short story featuring your favorite unexpected couple right here. 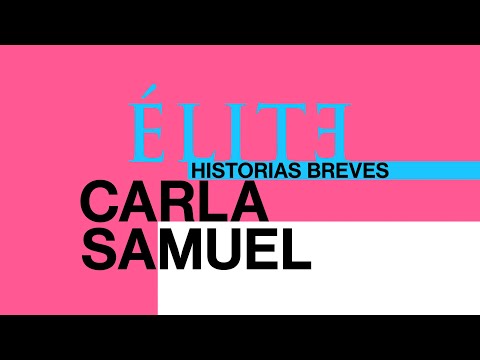 It’s always sad to see original cast members go but thankfully, Carla gave us a lot of femme fatale moments in the previous three seasons of Elite. Relive these awesome moments by binge-watching now before Elite season 4 premieres this Friday, June 18th only on Netflix. You’re definitely not going to want to miss out on this one!

Netflix: The Best New Additions on Netflix in America This Week (23rd July 2021)