Netflix: Is Flashback on Netflix?

Starring Teen Wolf actor Dylan O’Brien, Flashback is a mind-boggling sci-fi film exploring the concept of time travel and the dangers that could come with attempting to change the past.

Flashback premiered at Spain’s Sitges Film Festival in 2021. Upon acclaim, the film eventually made its way on over to release on the big screens, and it sounds like an intriguing movie that you definitely don’t want to miss out on.

Everything to know about Flashback as well as where you can stream the movie is right here.

What is Flashback about?

Fredrick Fitzell, played by O’Brien, suddenly remembers a mysterious girl from his youth. Wondering what happened to her, he discovers that she vanished without a trace, never to be seen or heard from again—or so he thought.

Upon briefly encountering her, Fredrick is given a pill that allows him to travel to the past, present, and future to fix the events that lead to her disappearance, but will he and his childhood friends be able to undo what’s already been done? More from the Rotten Tomatoes synopsis right here:

Fredrick Fitzell is living his best life, until he starts having horrific visions of Cindy, a girl who vanished in high school. After reaching out to old friends with whom he used to take a mystery drug called Mercury, Fredrick realizes the only way to stop the visions lies deep within his own memories, so he embarks on a terrifying mental odyssey to learn the truth.

The film stars a bunch of familiar faces who you’ll be delighted to see on your screens, including Atypical star Keir Gilchrist as Andre, Maika Monroe as Cindy, Amanda Brugel as Evelyn, Emory Cohen as Sebastian, and Mindhunter actress Hannah Gross as Karen.

You can watch the trailer for the film featuring all of these actors down below. 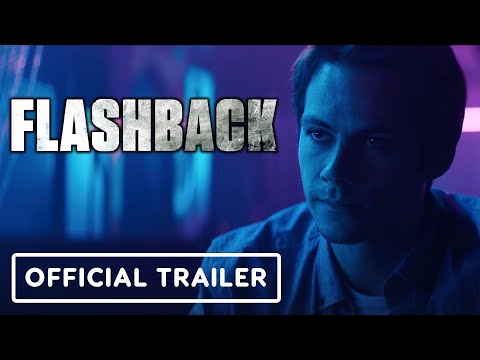 With a trailer like that, you’re probably wondering where you can watch this mind-bending movie. Don’t worry, we’ve got you covered!

Is Flashback on Netflix?

As of right now, Flashback is not currently streaming on Netflix. This could be due to the fact that the movie recently released earlier this month and could use a bit more time on its original release before expanding to other places.

Though you may not be able to stream the film on Netflix, there are some other streaming sites available where you’re able to watch. Check those sites out below.

Where to watch Flashback

You can watch every minute of Flashback on Amazon Video when you rent the film. Additionally, the movie is also available to rent on other sites like YouTube, Vudu, and Google Play, meaning you have endless options of where to watch.

While Netflix may not be amongst your current options for this film, feel free to check out some other time-traveling Netflix movies similar to this one such as See You Yesterday, Time Trap, and The Time Traveler’s Wife.

Netflix: Never Have I Ever’s Lee Rodriguez age, Instagram, height, roles: Everything to know about the Fabiola actress

Netflix: Dead to Me season 3 is not coming to Netflix in August 2021