Netflix: Is Gaia on Netflix?

After its world premiere at South by Southwest on March 16, 2021, Gaia has been getting exceptional reviews, and many subscribers on Netflix are more than curious to figure out if it’s available on the streamer.

The film follows a forest ranger named Gabi who sees something strange just before one of her surveillance drones goes down while traveling down a river in the Tsitsikamma Forest in South Africa. When she investigates, she encounters a man and his son who live in the woods off the grid who worships nature in a cult-like fashion.

Things start to get even stranger when unknown creatures in the woods attack them, and all signs begin to point to something world-changing beginning to take effect within the woods. Given the enticing storyline, it’s no wonder the film is Certified Fresh on Rotten Tomatoes, with a significant amount of the praise going toward the brilliant direction from Jaco Bouwer a swell as the impressive visual style of the motion picture.

There is no denying that Gaia offers up a chilling tale that immerses the viewer in a mind-bending, slow-burn, thrill ride that will keep home audiences guessing until the very end. Netflix subscribers are right to wonder if the movie is one of the titles available to stream now on the streaming service.

Is Gaia on Netflix?

Netflix has many exceptional titles to choose from, several of which will cause viewers to hide under the covers or behind the couch. But the well-received frightening feature Gaia is not an option within the horror section of the streaming service.

Some of the fear-inducing titles available on the streaming powerhouse include The Perfection, Cam, The Conjuring, Death Note, and more are waiting to give subscribers nightmares as soon as the credits roll.

Where to watch Gaia

The fantasy horror drama Gaia is not available on any subscription streaming service as of right now, and when it does make that move, it’s no doubt that many will be hoping it lands on Netflix. While everyone waits to see if that ends up being the case, the movie is available on VOD platforms like Apple TV, Vudu, Google Play, YouTube, and Amazon Video. 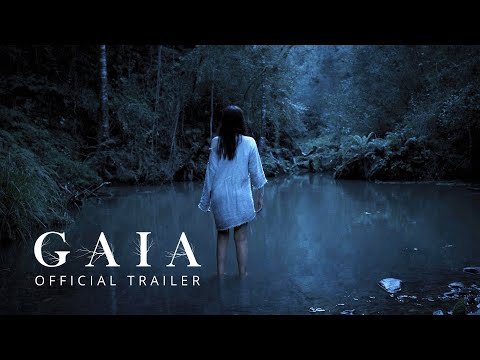 Will you be watching Gaia?