Netflix: Is The Croods: A New Age on Netflix?

The well-received and Golden Globe-nominated movie, The Croods: A New Age was released in theaters on Nov. 25, 2020, and many Netflix subscribers are wondering if the movie made its way from the big screen to the streaming service.

The Croods: A New Age is a sequel to the hit 2013 film The Croods and follows the titular prehistoric family on their latest adventure. This time around, Grug, Eep, Guy, Ugga, Thunk, and Gran have to deal with a rival family, named The Bettermans, who are under the distinct impression they are much more evolved than The Croods.

Nicholas Cage, Emma Stone, Ryan Reynolds, Catherine Keener, Clark Duke, and Cloris Leachman return for the sequel with some new voices added to the roster. Game of Thrones actor Peter Dinklage, Raya and the Last Dragon’s Kelly Marie Tran, and This is 40’s Leslie Mann joining the cast of The Croods: A New Age making it a worthwhile affair.

The fun-filled, family-friendly feature film is Certified Fresh on Rotten Tomatoes with a 94 percent audience score and had a solid box office run during its theatrical window. There is no reason fans of the original should miss out on the sequel, and it’s absolutely not a shocker that subscribers want to know if The Croods: A New Age is on Netflix.

Is The Croods: A New Age available on Netflix?

Unfortunately, the news regarding the animated endeavors streaming service home is not going to be ideal for those that pledge loyalty to Netflix. The Croods: A New Age is not available to stream on Netflix right now.

While this is undoubtedly a serious bummer for subscribers, they should be wise to remember Netflix has plenty of options that fans of The Croods franchise will love. Films like Over the Moon, The Willoughbys, The Mitchells vs. The Machines, and more are exceptional options to enjoy right now!

Where you can stream The Croods: A New Age

The Croods: A New Age is on Vudu and available to purchase and rent on VOD platforms such as Google Play, Apple TV, YouTube, and Amazon Prime.

You can check out the trailer here: 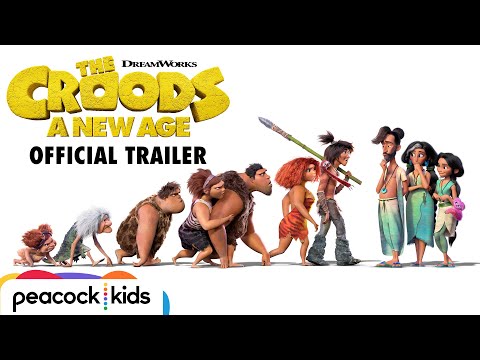 Will you be watching Croods: A New Age?

Previous articleHrithik Roshan once again in the midst of second wave of Kovid-19 CINTA
Next articleFriends: Phoebe’s “Does He Eat Chalk?” To Joey’s “You’re Going Out With The Guy!”