Netflix: Is The Hitman’s Wife’s Bodyguard on Netflix?

The much-anticipated film The Hitman’s Wife’s Bodyguard, starring Deadpool actor Ryan Reynolds, finally released this week—and we already can’t get enough of this unexpected yet hilarious reunion between Reynolds and Samuel L. Jackson.

You’re probably wondering what crazy scenarios these two funny fellas will find themselves in this time since they’re rough, rambunctious, and solemnly up to no good. We tell you what you can expect from the film as well as where to watch it right here.

What is The Hitman’s Wife’s Bodyguard about?

Ex-bodyguard Michael Bryce (Reynolds) is brought out of retirement upon hearing that his homicidal friend’s wife Sonia Kincaid (Salma Hayek) needs around-the-clock protection, with the constant threat of dangerous foes possibly attacking both her and her husband Darius (Jackson).

Will this unlicensed bodyguard be able to protect this nonsensical married couple or are they all doomed? Take a look at the trailer for the film down below! 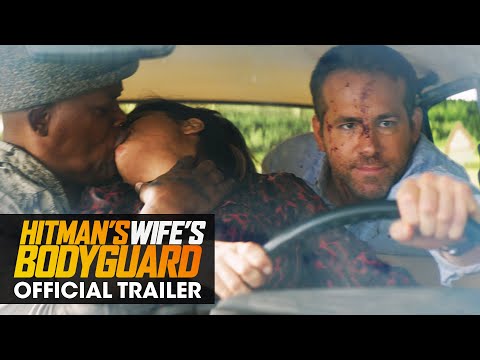 Now that we’ve got you all caught up on what you can expect from this action-packed movie, here’s where you can watch every second of it.

Is The Hitman’s Wife’s Bodyguard on Netflix?

Unfortunately, Netflix does not have the film available to watch on its platform as of yet, and, most likely, the film won’t be coming to the streaming giant any time soon. This is because The Hitman’s Wife’s Bodyguard was produced by Lionsgate, a studio that Netflix has yet to acquire any licensing rights from.

We’ll have to wait a little longer before we can see this film come to Netflix, but if you’re desperate to see Reynolds on your screen, here are some other places where you may be able to watch his new movie.

Where to watch The Hitman’s Wife’s Bodyguard

The only place where you can watch this action-packed film as of now is at your local movie theatres. There is no official word as to when the film will be available on other streaming sites, but as soon as we get more information on its streaming premiere, we will be sure to let you know.

While you wait for The Hitman’s Wife’s Bodyguard to make its way over to Netflix, feel free to watch other movies starring Ryan Reynolds that are already available on the platform, including 6 Underground, The Croods, and Selfless.

Netflix: Will Ozark season 4 be released on Netflix in fall 2021?

Netflix: Is Venom on Netflix?

Netflix: Queen of the South season 5 is not coming to Netflix in August 2021