Netflix: Is the Rugrats reboot on Netflix?

The Rugrats are officially back in action in a brand new, rebooted series that fans are excited for, so many subscribers are wondering if the Rugrats reboot is available on Netflix.

The classic animated series began its run in 1991 and ran for nine seasons and 172 episodes of heartfelt moments for audiences to enjoy. There were also three films released in theaters, as well as video games and all sorts of other merchandise, making the loveable crew of baby adventurers a bonafide family-friendly franchise.

The original series garnered significant critical acclaim, winning 20 awards including four Daytime Emmys. In addition, it’s still one of Nickelodeon’s longest-running cartoons, just behind the likes of SpongeBob Squarepants and The Fairly OddParents.

It was only a matter of time before the crew got back together, and fans were more than excited to hear the news. The Rugrats reboot had been hinted at since 2015 but finally premiered on May 27, 2021.

Is the Rugrats reboot available on Netflix?

Tommy, Phil, Lil, Suzie, Angelica, and Chucky will not be taking any of their excellent adventures into Netflix territory any time soon. Unfortunately, the Rugrats reboot is not available on this particular streaming service.

There are several other kids shows available on the streaming platform that people interested in the Rugrats franchise will definitely not want to miss out on, though. Titles such as Cocomelon, Fast & Furious Spy Racers, and Jurassic World: Camp Cretaceous are just some of the other options that Netflix has available.

Where you can stream the Rugrats reboot

Fans wanting to check out the new version of this classic series need to move over to another streaming platform. The Rugrats reboot is ready to stream on Paramount+. Formerly called CBS All Access, the service does have a free trial for new subscribers, so consider that if you’re curious about this show. 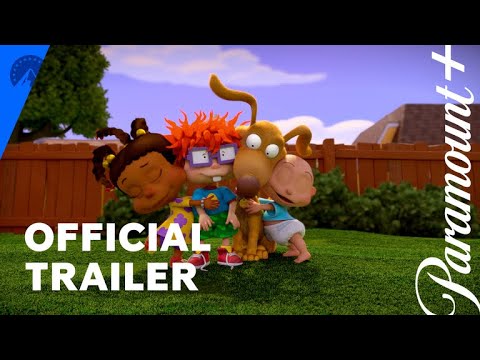 Netflix: Are there really alligators in Outer Banks, North Carolina?