Netflix: Lucifer season 6 is coming to Netflix in September 2021

Lucifer season 6 might not be coming to Netflix in August 2021, but it seems the wait for the show’s final season is much shorter than many fans anticipated.

On July 24, Lucifer star Tom Ellis joined so-showrunners Ildy Modrovich and Joe Henderson for a special [email protected] panel hosted by The Chilling Adventures of Sabrina star Luke Cook. The panel was an incredible gift for fans in giving us a chance to look back on Lucifer season 5B, while also getting our first teases of what’s to come in the show’s final season.

The panel also happened to gift fans with a piece of unexpected news in revealing the premiere date for the show’s final season, which is coming in September — less than five months after season 5B arrived on May 28.

As revealed by Netflix during the Lucifer [email protected] panel, the sixth and final season of Lucifer will debut on September 10, 2021!

While Joe Henderson had previously hinted that he was optimistic Netflix wouldn’t make fans wait as long between seasons when discussing the potential Lucifer season 6 release date, we admittedly never anticipated Netflix would release the season so soon after Lucifer season 5B. 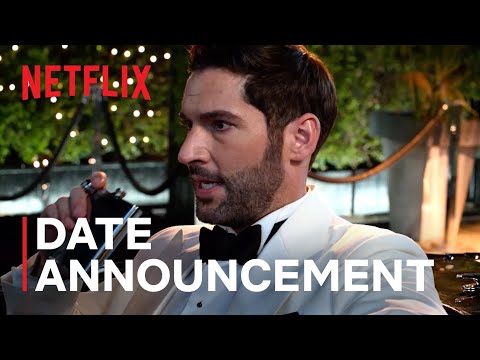 Is Lucifer season 6 the final season of Lucifer?

Unfortunately, Lucifer season 6 will indeed be the final season of Lucifer as there are no plans for a seventh season at this time.

While it’s disappointing to know that Lucifer will be coming to an end with season six, the show’s sixth season is actually a bonus season of sorts. Originally, Netflix was planning to end the show with season 5; however, after another fan campaign, Netflix approached the cast and creative team about the potential for another season and eventually picked the show up for a sixth season.

Of course, it’s always possible Netflix could explore ways to expand the franchise once the final season comes to an end. Season 6 is designed to be the show’s final season, so we’ll have ten more episodes to say goodbye to Lucifer and the entire Lucifer family.