Until now the history of Americaland has been shrouded in mystery but bow a new documentary* is on its way to shed light on what really happened! Channing Tatum, Olivia Munn, Simon Pegg, Judy Greer and more have all provided their voice talents for a new tongue-in-cheek take on the American Revolution. “America: The Motion Picture”, which arrives on June 30th and sees a chainsaw-wielding George Washington (Tatum) assemble a team to take on King James (Pegg). Renowned scientist Thomas Edison is voiced by Munn with Greer providing the voice for Washington’s wife Martha Dandridge.

The film is directed by Archer’s executive producer Matt Thompson with The LEGO Movie’s Phil Lord and Christopher Miller also on board.

For, like, thousands of years, the origins of the United States of America have remained shrouded in mystery, lost to the sands of time. Who built this ‘country tis of thee,’ and why? Only the dinosaurs know… until now. For the first time in human history, the incredible, completely true story of America’s origins are revealed in AMERICA: THE MOTION PICTURE — a once-in-a-lifetime cultural event available the only way the Founding Fathers ever intended their story be told: On Netflix, on your phone. 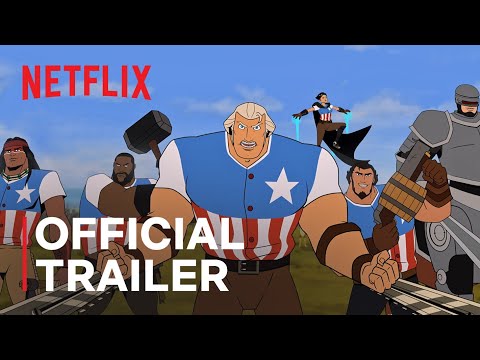 Netflix: Is 90 Day Fiance on Netflix?