Netflix: Vivo is coming to Netflix in August 2021

Parents, have you been wondering which Netflix movie should be the next one you and your young ones watch during family movie night? We know there’s a lot of really great choices available on the streaming service, but we want to draw your attention to this particular animated Netflix movie starring your favorite genius singer-songwriter.

Vivo featuring Hamilton creator Lin-Manuel Miranda is coming to Netflix in August 2021, and it’s a Netflix new release that is sure to have you tapping your feet and bobbing your head. You absolutely have to get in on all of this musical magic which is why we’re going to tell you everything to know about this upcoming Netflix movie!

What is Vivo about?

Vivo tells the story of a cheerful little kinkajou with a singing talent no other. Vivo and his owner Andres travel around the world delivering awesome performances for audiences young and old but this little critter is saving his best act for one special person.

On a journey to finding Andres’ long-lost friend, Vivo will meet some new friends along the way and will learn some valuable life lessons that he’ll never forget. More on the official synopsis via Netflix, right here:

A music-loving kinkajou embarks on a journey of a lifetime to fulfill his destiny and deliver a love song for an old friend.

Alongside Miranda, Guardians of the Galaxy actress Zoe Saldana will be starring in this animated movie as she voices the role of Rosa, Juan de Marcos González will voice Andres, Michael Rooker will voice Lutador, Atlanta‘s Brian Tyree Henry and Nailed It‘s Nicole Byer will voice two spoonbills, and the iconic Cuban-American singer Gloria Estefan will voice the role of Marta Sandoval.

Check out the official trailer featuring some of these talented voices down below! 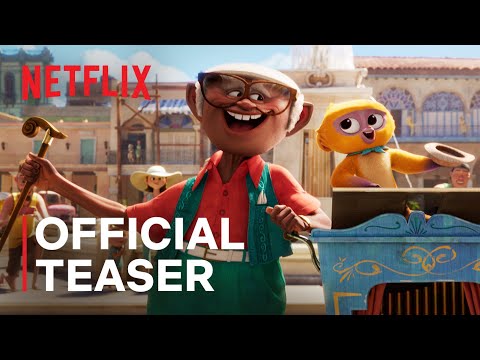 Now that you and your family know what to expect from the upcoming Netflix movie, here’s when you can expect the animated film to release.

Mark your calendars and tell your neighbors to do the same because Vivo is slated to premiere on Netflix on August 6, 2021!

We’re only a few weeks away from finally seeing this highly-anticipated movie and we hope that you’re as excited as we are but while you wait for the film to drop, be sure to watch other Netflix movies just like Vivo such as Wish Dragon, Rugrats in Paris: The Movie, and Shrek: The Musical.

Netflix: What is Sky Rojo season 2 about?

Netflix: 5 good movies on Netflix to watch this weekend: Twilight and more

Netflix: 5 best documentaries on Netflix this weekend: Heist and more

Previous articleNetflix: Production Has Started for Season 2 of Netflix’s “Fate: The Winx Saga”
Next articleRaj Kundra is a good person, truth should come out soon’, Mika