Netflix: What is 2 Hearts on Netflix about?

From Crazy Stupid Love to Friends with Benefits, Netflix’s romance movies list features the best movies that make you want to fall in love. We’ve got yet another romance film on our hands as the film 2 Hearts starring Jacob Elord is already tugging at the heart strings of many.

The film released back in October 2020 but has recently found itself trending on Netflix‘s top ten movies list. With the film climbing the ranks so quickly, you’re probably wondering what makes this particular movie so special.

Well, you might want to go and grab so tissues before we tell you everything to know about this Netflix film down below.

What is 2 Hearts about?

2 Hearts tells the story of four strangers: Leslie, Jorge, Sam and Chris. Each of the are brought together by a string of fate.

Each couple, respectively, goes through their own fair share of triumphs and tribulations as their deepening connections continue, but before their budding relationships could grow stronger, a rare life-threatening disease is discovered in Chris and Jorge.

Based on an inspirational true story, these strangers’ drastically different lives are connected by an unknown yet beautiful force, proving that no one is truly alone in this world. More on the official synopsis for 2 Hearts via Netflix, here:

In parallel love stories, the lives of college student Chris and wealthy businessman Jorge intersect in a profound twist of fate.

The cast of this feel-good movie features Radha Mitchell as Leslie, Tiera Skovbye as Sam, Adan Canto as Jorge, Kari Matchett as Grace, Tahmoh Penikett as Eric and, of course, The Kissing Booth star Jacob Elordi as Chris.

Check out the official trailer featuring Elordi and the rest of the cast down below: 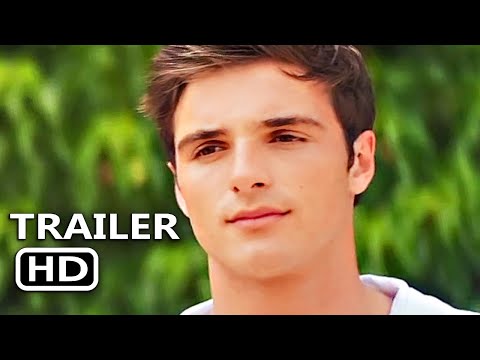 Catch Jacob Elordi in this moving and heartfelt movie currently on Netflix! Will you be watching?