Netflix: What is Godzilla Singular Point about?

Godzilla Singular Point is an anime coming to Netflix featuring an epic battle between humanity and the most terrifying creature, Godzilla.

Ratings for the series have been pretty impressive for a pilot season, currently sitting at a 7.1 out on IMDb with reviewers praising the show for its commitment to the science/technical aspects of its sci-fi-filled plot and its success in creating a treacherous atmosphere.

The anime series’ first season is set to release on Netflix US later this month but you’re probably wondering what story this upcoming anime will tell. We tell you everything to know about Godzilla Singular Point right here!

What is Godzilla Singular Point about?

Aware of the impending peril that Godzilla will bring to their society, researcher Mei Kamino and engineer Yun Arikawa must use their intellect to come up with a way to defeat the insanely powerful creature.

Creating a robot just as strong as Godzilla could put society on equal footing with the beast, but will they be successful in their efforts or will humanity be wiped out in the blink of an eye? More from the official synopsis for the anime via Netflix right here:

Brought together by a mysterious song, a grad student and an engineer lead the fight against an unimaginable force that may spell doom for the world.

Check out the cast in the official trailer for Godzilla Singular Point down below: 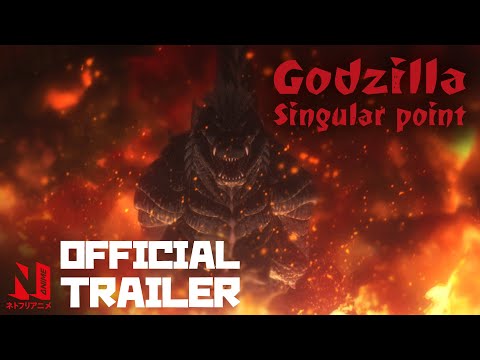 Be sure to catch this action-packed sci-fi anime when the first season releases June 24th only on Netflix!

While you wait for the show to premiere, feel free to watch other Netflix series similar to this one including Parasyte, Eden, Neon Genesis Evangelion, and Attack on Titan.