Netflix: What is Record of Ragnarok about?

Netflix has been treating us extremely well with new anime series this year, and with Record of Ragnarok debuting on the platform today, it doesn’t look like the streaming network will be slowing down any time soon.

The anime was a part of Netflix’s June 2021 new anime releases along with Trese and Sailor Moon Eternal: The Movie, but with a name and premise like the one it has, this anime series certainly separates itself from the rest.

We shared everything to know about Record of Ragnarok, including a pretty cool trailer, below.

What is Record of Ragnarok on Netflix about?

In this world, humans and gods co-exist amongst each other, careful not to intrude upon each other’s vastly different ways of life. Even still, every 1,000 years, humans must reassert their desire to stay alive in an epic showdown where the victor gets to decide the fate of humanity for the next millennium.

Humanity must send thirteen of its strongest individuals to fight to the death against thirteen even stronger supernatural beings. Heaven and Earth may collide but there can only be one winner. More on the official synopsis via Netflix, here:

Before eradicating humankind from the world, the gods give them one last chance to prove themselves worthy of survival. Let the Ragnarok battles begin.

If all this isn’t enough to hype you up for this anime series, then the action-packed trailer is sure to have your mind blown.

Produced by Juni Taisen: Zodiac War animation studio Graphinica, this anime is sure to feature some awesome animated fight scenes that anime fans will be super excited to see. Check a few of these scenes out in the trailer down below. 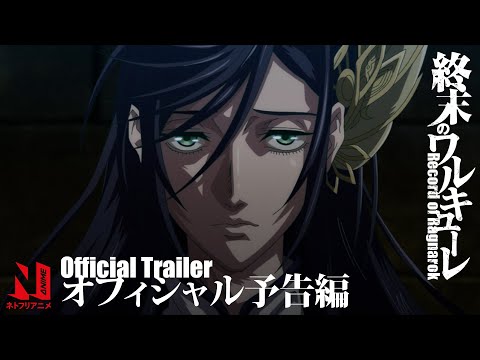 Be sure to catch all 12 episodes of Record of Ragnarok currently streaming only on Netflix. You’re certainly not going to want to miss this one!