Netflix: What is Sweet Tooth about?

Sweet Tooth‘s arrival on Netflix is fast approaching with its Friday, June 4, release upon us.

The original series, based on the DC comic of the same name, will transport viewers into a world where human-animal hybrids exist. It’s a fantastical story that’s a perfect fit for kicking off a summer binge.

The fantasy genre has really grown on Netflix with offerings that span the spectrum of such a diverse storytelling medium like the spring hit Shadow and Bone, The Witcher, which returns for season 2 at the end of the year, and the fan-favorite series Stranger Things.

Sweet Tooth‘s entry into the platform’s roster of originals is a welcome site for those of us looking for a fantasy series to indulge in as we melt into the season. Here’s what you can expect from the show.

Sweet Tooth will drop viewers into the world of a young deer-boy named Gus whose been sequestered away in safety for a decade. A product of the unexpected results of “The Great Crumble” 10 years ago, Gus is a human-animal hybrid.

Having spent the first years of his life sheltered, the world opens up to him when he befriends a wanderer named Jepperd. The man had saved him from the cruel fate other hybrids have faced. They’ve been the casualties of the fears humans harbor, blaming the hybrids for the virus that swept the land so long ago.

Together, the two traverse America looking for answers about their lives from Gus’ origins to Jeppard’s past. Along the way, Gus begins to learn more about hybrids, their fight to protect one another in the face of grave danger, and the place he wants to make in the world for himself and those around him.

Watch the trailer for Sweet Tooth below: 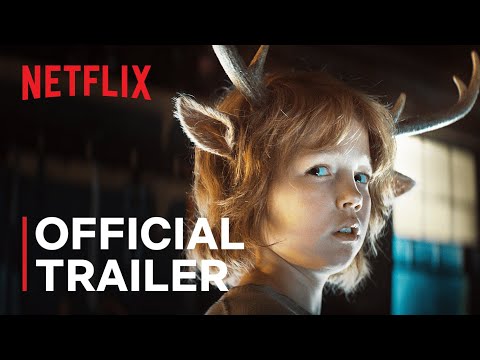 Will you be watching Sweet Tooth on Netflix?