Netflix: What is The Ice Road about?

Although June 2021 is coming to an end, Netflix is still delivering some high-quality content as a few more films and series are releasing every day until the end of this month. On June 25, we have some nice titles coming our way with Sex/Life and The A-List season 2 joining the Netflix lineup. Additionally, a new Netflix movie, The Ice Road, will be among these Netflix new releases, and it’s a film you’re not going to want to miss.

Starring your action films’ favorite lead actor Liam Neeson, this film features a premise that is sure to have you hanging on to the edge of your seats. Everything to know about this film before its release is right here. Check it out!

The film revolves around a man named Mike who lives a humdrum life as a trucker. His life is usually void of any excitement until one day he gets a call that a group of miners are in grave danger. Knowing that he must rise to the occasion, Mike has to navigate the unsafe, slippery roads to deliver the equipment necessary to save their lives, but will he make it on time.

More on the official synopsis via Netflix, right here:

To save a team of miners trapped underground, a down-on-his-luck ice road trucker joins a mission across treacherous terrain to deliver rescue equipment.

The cast of this thrilling film features actors and actresses that you know and love including Taken star Liam Neeson as Mike, Marcus Thomas as Gurty, Amber Midthunder as Tantoo, Benjamin Walker as Varnay, Holt McCallany as Lampard, and The Matrix actor Laurence Fishburne as Goldenrod.

Check out the official trailer starring Neeson and the rest of this star-studded cast down below. 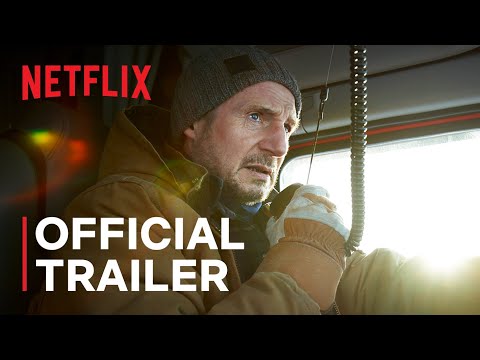 Be sure to catch this action-packed movie on June 25, only on Netflix.

Will you be watching The Ice Road?

Previous articleFast and Furious 9: How is Han alive after his death in Tokyo Drift?
Next articleCompetiton Comission Of India Orders Tamil/Telugu Film Producers Not To Issue Boycott Calls