Netflix: What is Trese about?

Netflix‘s original anime series have been creating quite the buzz for the streamer as more and more fans of the storytelling medium find content to be excited about on the platform. Next up is Trese, a series based on the Filipino manga of the same name.

In Alexandra Trese’s world, supernatural beings exist alongside their human counterparts. Their co-existence, however, is anything but peaceful. While there are beings who leave the humans alone, there are others who use the shadowy realm of the criminal world to exert their influence.

The streets of Manila, like most places, aren’t always safe but what lurks around corners and sometimes in plain sight is more dangerous than the city’s citizens could ever anticipate. There are some horrors that only Alexandra can fight and destroy in the hopes of keeping people safe.

Here’s more about Trese and its fierce lead.

In Manila, where dark supernatural forces pervade the criminal underworld, it’s up to Alexandra Trese to keep the peace–but there’s a storm brewing.

Clearly, Netflix is keeping it close to the vest about what to expect from the series. However, we do know from the trailer that Alexandra keeps more than the peace. She’s the Babaylan-Mandirigma, a healer and a warrior, who’s been called to do what others can’t.

Manila’s law enforcement have no means to combat the insidious supernatural forces that rule the city’s criminal underworld. If it weren’t for Alexandra, the city’s inhabitants would be lambs to the slaughter. No cruel power runs unchecked within her domain.

Mark your calendars for Friday, June 11. Trese‘s release on Netflix will introduce yet another horror to their roster as we continue to move through this hot season with frights and thrills. 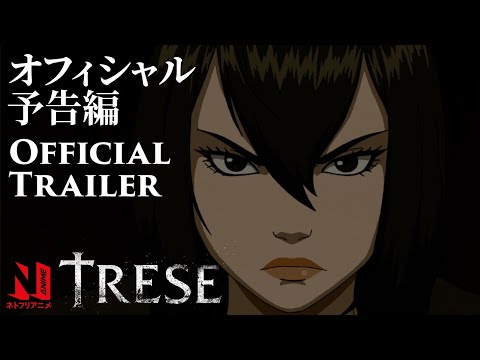 Will you be tagging along with Alexandra as she rids the streets of Manila of its violent supernatural problem case by case?

Previous articleIsrael: we will in every war against die Hezbollah use maximum force
Next articleAmyra Dastur and Priyank Sharma’s song ‘Pind Khali Lagda’ will be