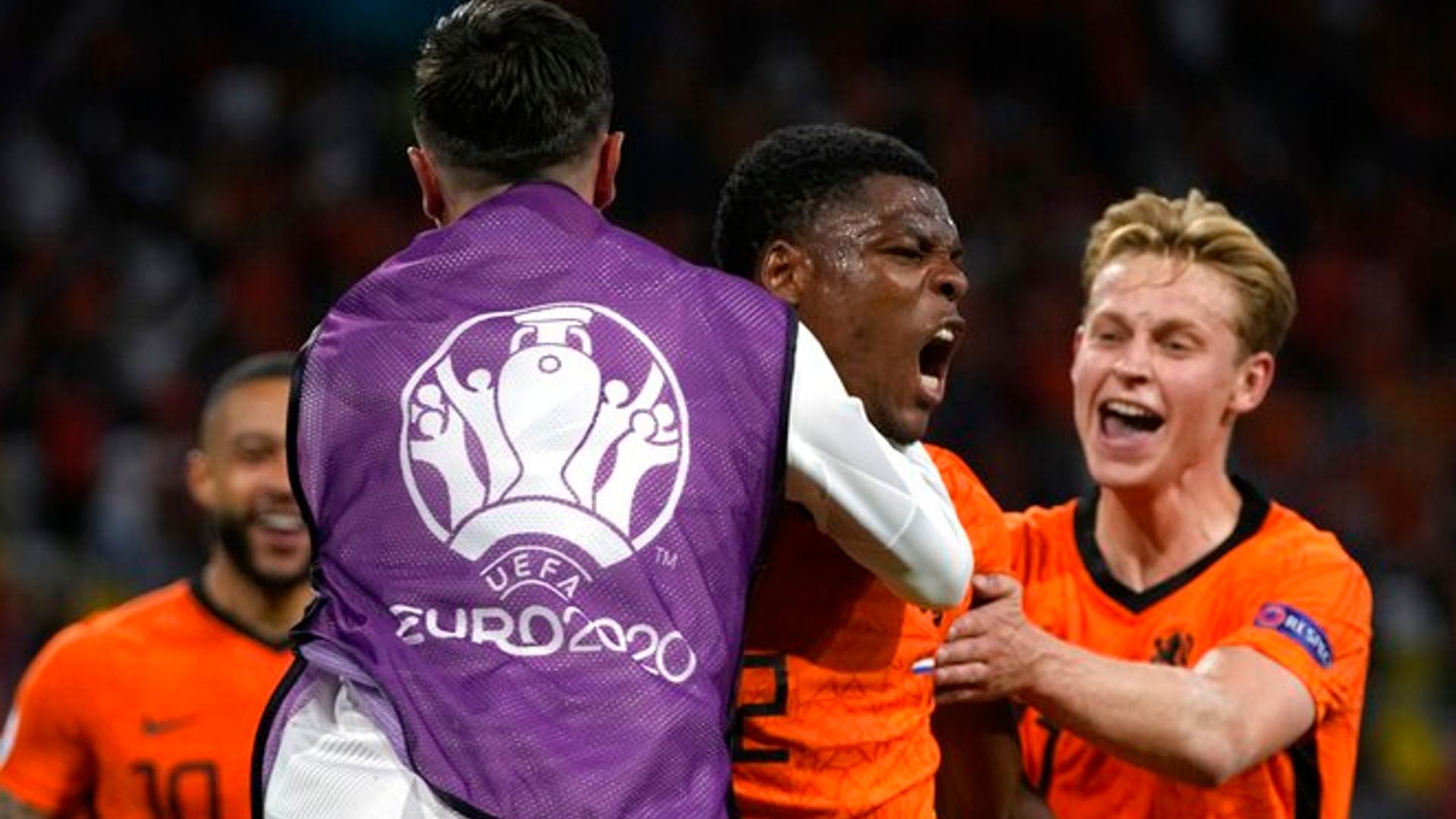 Denzel Dumfries’ late header rescued three points for the Netherlands in their Euro 2020 opener with a thrilling 3-2 victory over Ukraine in Amsterdam.

The Netherlands had held a comfortable two-goal lead through strikes from Georginio Wijnaldum and Wout Weghorst within six minutes of one another shortly after half-time, in a chance-laden game at the Johan Cruyff Arena.

But Ukraine, who had impressed early on before fading badly, sprang back into the game through an Andriy Yarmolenko stunner 15 minutes from time, before shocking their hosts as Roman Yaremchuk headed home Ruslan Malinovskyi’s free-kick four minutes later.

That looked like getting Frank De Boer’s tournament off to a disappointing start less than a year into an uncomfortable reign as Netherlands boss, before Dumfries – who should have scored twice in the first half – headed home Nathan Ake’s cross to spare the blushes of both his country and manager.

Both teams are back in action on Thursday. Ukraine’s second group game comes first, against North Macedonia in Bucharest (kick-off 2pm). The Netherlands are back in front of their own fans later that evening, hosting Austria (kick-off 8pm).