Synopsis: When Patrizia Reggiani, an outsider from humble beginnings, marries the Gucci family, her unbridled ambition begins to unravel the family legacy and triggers a reckless spiral of betrayal, decadence, revenge, and ultimately…murder.

Synopsis: With his theatrical company a local success, Buster Moon is dreaming of bigger things. Unfortunately, when a talent scout dismisses their work as inadequate for the big time, Buster is driven to prove her wrong. With that goal in mind, Buster inspires his players to gamble everything to sneak into a talent audition in Redshore City for the demanding entertainment mogul Jimmy Crystal. Against the odds, they catch his interest with some frantic creative improvisation and even more desperate lies like personally knowing the reclusive rock star, Clay Calloway, who has not been seen in 15 years. Now faced with a tight production window with only a vague story idea and dire consequences for failure, Buster and his friends must all stretch their talents put on a show against all odds. In that struggle, the gang’s challenges seem insurmountable, but each of them finds new inspirations and friends where they least expect them to pursue an artistic dream worthy of them.

Venom: Let There Be Carnage

Synopsis: Eddie Brock struggles to adjust to his new life as the host of the alien symbiote Venom, which grants him super-human abilities in order to be a lethal vigilante. Brock attempts to reignite his career by interviewing serial killer Cletus Kasady, who becomes the host of the symbiote Carnage and escapes prison after a failed execution.

No Time to Die

Synopsis: Bond has left active service and is enjoying a tranquil life in Jamaica. His peace is short-lived when his old friend Felix Leiter from the CIA turns up asking for help. The mission to rescue a kidnapped scientist turns out to be far more treacherous than expected, leading Bond onto the trail of a mysterious villain armed with dangerous new technology.

Synopsis: A mythic and emotionally charged hero’s journey, “Dune” tells the story of Paul Atreides, a brilliant and gifted young man born into a great destiny beyond his understanding, who must travel to the most dangerous planet in the universe to ensure the future of his family and his people. As malevolent forces explode into conflict over the planet’s exclusive supply of the most precious resource in existence-a commodity capable of unlocking humanity’s greatest potential-only those who can conquer their fear will survive.

Synopsis: When a single mom and her two kids arrive in a small town, they begin to discover their connection to the original Ghostbusters and the secret legacy their grandfather left behind.

Synopsis: A mysterious group called Humarize strongly believes in the Quirk Singularity Doomsday theory which states that when quirks get mixed further in with future generations, that power will bring forth the end of humanity. In order to save everyone, the Pro-Heroes around the world ask UA Academy heroes-in-training to assist them and form a world-classic selected hero team. It is up to the heroes to save the world and the future of heroes in what is the most dangerous crisis to take place yet in My Hero Academia.

We Made a Beautiful Bouquet 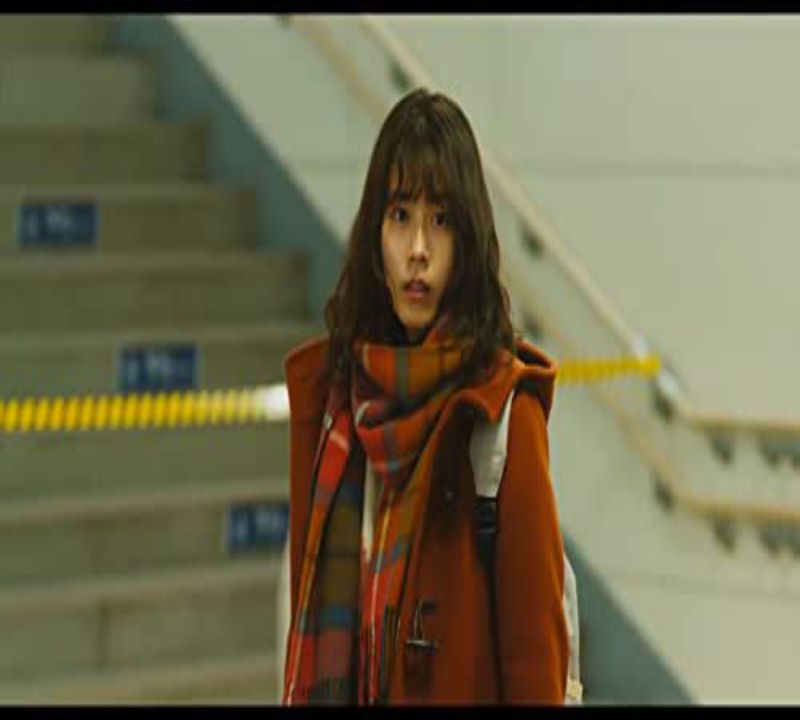 Synopsis: A twenty-two-year-old man and a twenty-two-year-old woman miss the last train departing a station in Tokyo and become acquainted. Thus begins a five-year-long romance, which develops, blossoms, and goes through its cycle. The two are in love and live for the moment. They feel they are content and contemporary and there for another and shun the feelings of longing, nostalgia, or even dreaming. The director began working on the film assuming the actor and actress would be his leads and has cast them here.

The Fable: The Killer Who Doesn’t Kill

Synopsis: Akira Sato is the legendary killer known as The Fable. Following the order of his boss and due to being overworked, he lives peacefully with his partner Yoko as ordinary siblings. Akira still works part-time at design company Octopus with CEO Takoda and employee Misaki. CEO Takoda and Misaki are unaware of Akira’s background as an assassin. Meanwhile, Utsubo is a representative for an NPO. However, Utsubo works with contract killer Suzuki to set people up for extortion purposes. They target someone at design company Octopus.

Synopsis: As Emily struggles to fit in at home and at school, she discovers a small red puppy who is destined to become her best friend. When Clifford magically undergoes one heck of a growth spurt, becomes a gigantic dog, and attracts the attention of a genetics company, Emily and her Uncle Casey have to fight the forces of greed as they go on the run across New York City. Along the way, Clifford affects the lives of everyone around him and teaches Emily and her uncle the true meaning of acceptance and unconditional love.

Previous articleThe Kremlin: It is unclear how long the turbulence in the oil markets will continue
Next articleSocial: The time is now to try to help at the border: UN