First, look at what’s coming to Netflix this week, January 10, 2022. As a reminder, you can read about what’s new on Netflix every week with our weekly roundups. The latest movies scheduled to hit Netflix in the 2nd Week of January 2022 are below.

Synopsis: After the events of season 2, a court case and a possible prison sentence are looming over ex-cop Bob. The ferry is released from prison but finds out that his position at the top of the XTC world is taken over by a new, stronger, and more intelligent gang, which is led by the Dutch-Turkish married couple Serkan and Leyla Bulut. When a young undercover agent is murdered, the police realize that they have a mole in their midst. Patrick Diercks makes Bob an offer: he can make his court case disappear if Bob goes undercover again and can unmask the traitor inside Serkan’s gang as a civilian infiltrator. Bob reluctantly takes on this life-threatening mission in order to get his life back on the rails and to secure a future with his new family. But then he encounters Ferry Bouman. 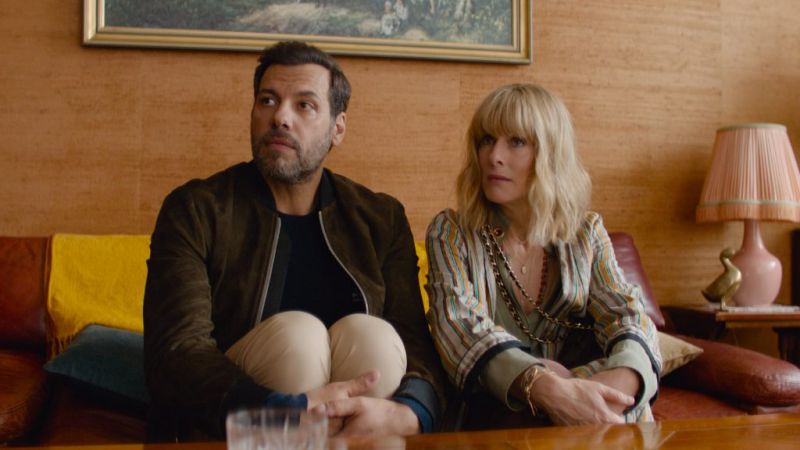 Synopsis: When Jean-Louis’ heart stops beating, he must confront his Oedipal issues and ask his mother an unthinkable question or he’ll be dead in three days.

How I Fell in Love with a Gangster

Synopsis: A mysterious woman recounts the rise and fall of Nikodem “Nikoś” Skotarczak, one of the biggest gangsters in Poland’s history. Inspired by a true story.

Synopsis: Prominent mystery writer and crime expert Grace (Alyssa Milano) hurries back to her family home in Washington, D.C. because her estranged sister summons her. When her sister is killed and her double life as a webcam performer is revealed, Grace ignores the warnings of cool-headed detective Ed and gets involved in the case.

Synopsis: Determined to bring a Zika vaccine to the remote Pantanal, three doctors clash with a faith healer and are pulled deeper into the mysteries of his cult.

Synopsis: It is the job of the press to cover corporate crime, government plots, and society. It is in this context that a young female reporter on the beat Erika rolls up her sleeves and goes to work regarding what seems to be a government cover-up. She is dealing with a government bureaucrat called Sugihara. It seems as if a clash is inevitable.

Synopsis: When photos of her at a party cause her to lose a scholarship, a student investigates whether something devastating happened to her that night.

Synopsis: It’s the final season of After Life and Tony (Ricky Gervais) is still desperately mourning the loss of his wife, Lisa. Will he ever truly embrace the future if he can’t let go of the past? Watch After Life (Season 3), Only on Netflix, January 14.

Synopsis: Netflix announced a series order for Archive 81, an original story loosely inspired by the popular found-footage horror podcast. The writer, showrunner and executive producer of the eight, one-hour episode series is Rebecca Sonnenshine (The Boys, The Vampire Diaries). The original Archive 81 podcast was created by Marc Sollinger and Daniel Powell who serve as co-producers on the series.

Synopsis: Blippi’s Earth Day Movie is here! Join Blippi as he visits multiple locations on his great green adventure! We love our Earth so lets do all we can to protect it! Blippi teaches kids all about the environment, recycling, going green and more!

Synopsis: Three visionary tales. One unforgettable place. THE HOUSE premieres globally on January 14, 2022, only on Netflix. From the leading voices in independent stop motion animation – Emma de Swaef & Marc Roels, Niki Lindroth von Bahr, and Paloma Baeza – this Netflix special centers on a house and the three surreal tales of the individuals who made it their home

Synopsis: After a heartfelt loss, Irish-born Keegan and his Spanish-born friend Moya learn to dance through danger and despair with a magical herd of spirit deer.

This Is Not a Comedy

Synopsis: A comedian finds new meaning in his life when his best friend asks him to be her sperm donor, and he meets a girl who connects with the cosmos.

Synopsis: Set in the glamour of 1950’s post-war London, renowned dressmaker Reynolds Woodcock (Daniel Day-Lewis) and his sister Cyril (Lesley Manville) are at the center of British fashion, dressing royalty, movie stars, heiresses, socialites, debutants, and dames with the distinct style of The House of Woodcock. Women come and go through Woodcock’s life, providing the confirmed bachelor with inspiration and companionship, until he comes across a young, strong-willed woman, Alma (Vicky Krieps), who soon becomes a fixture in his life as his muse and lover. Once controlled and planned, he finds his carefully tailored life disrupted by love. With his latest film, Paul Thomas Anderson paints an illuminating portrait both of an artist on a creative journey, and the women who keep his world running. Phantom Thread is Paul Thomas Anderson’s eighth movie and his second collaboration with Daniel Day-Lewis.