A new update has been released for NHL 23 Update 1.11. You can find all the Game Update details, Bug Fixes, improvements, and Patch Notes below. NHL 23 Update 1.11 is now available for all platforms, including PS4, PS5, Xbox One, Xbox Series S/X, and PC. The file size may vary depending on the platform.

Here are the details straight from the press release:

In celebration of the 30th anniversary year of The Mighty Ducks, NHL 23 will feature exclusive in-game content such as a variety of skates, jerseys and an ICON choice pack through the “Fly Together” Update, in partnership with Adidas. By logging in starting today, players can claim free cosmetic items in NHL 23’s World of Chel and Hockey Ultimate Team modes through Jan. 2, 2023.

Until then, players can receive the following in-game items, as well as be able to purchase the ICON Choice Pack that features legendary NHL players: 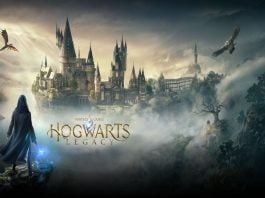