Nintendo has finally announced the time and date of the September 2021 Direct conference.

After weeks of rumours and speculation, Nintendo has confirmed plans to hold the next Direct conference on September 23.

Unfortunately for UK viewers, however, fans will have to stay up late in order to watch the Nintendo Direct presentation.

The September 23 Nintendo Direct takes place at 11pm BST UK time. You can watch the event unfold live by clicking play on the YouTube embed below.

According to the official announcement, the Nintendo Direct conference will last for approximately 40 minutes.

This includes Pokemon Brilliant Diamond and Shining Pearl, as well as Metroid Dread and the Advance Wars remake.

Likewise, fans can expect a fresh look at the new and improved Nintendo Switch, complete with its OLED screen. 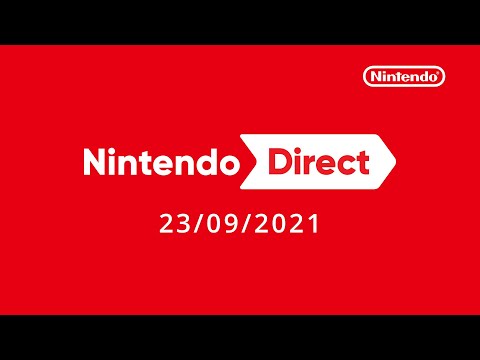 While nothing has been officially announced, there’s a good chance fans will discover the identity of the next Super Smash Bros Ultimate character.

Recent leaks suggest the final character will be a third-party name, which would rule out WaLuigi.

Previous reports have suggested that the final character could be either Kingdom Heart’s Sora, Crash Bandicoot, Doom’s Doomguy, or Ninja Gaiden’s Ryu Hayabusa.

Tekken’s Kazuya is the most recent downloadable character, following the likes of Sephiroth, Min Min and Steve from Minecraft.

As for Metroid Dread, the upcoming Switch release is a direct sequel to Game Boy Advance title Metroid Fusion.

The game sees Samus explore the planet known as ZDR, where the deadly X Parasite is said to exist.

“On a remote alien planet, a mechanical menace awaits that will push even the galaxy’s greatest bounty hunter to her limit.

“Join Samus Aran on her deadliest 2D adventure yet in Metroid Dread on Nintendo Switch.

“To complete Samus’ mission, navigate your way through the depths of a sprawling planet full of unique environments, perilous danger and mysterious secrets.

“Use new and familiar abilities to traverse these labyrinths, consult the map to find your way and dispatch hostile enemies in your path using powerful weapons.”

Metroid Dread will have an October 8 release date, which is the same day as the launch of the OLED Model.