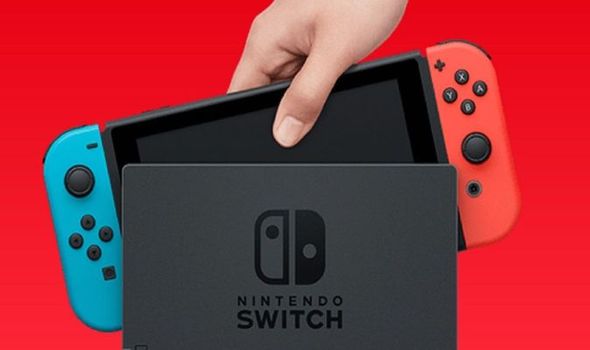 Nintendo Switch console shortages could be a reality (Image: NINTENDO)

There’s some potentially bad news for Switch customers this year, as Nintendo hints at stock shortages.

Nintendo Switch consoles were hard to come by during the first lockdown back in 2020, as demand hit new heights following the release of Animal Crossing.

After recovering in time for Christmas, Nintendo president Shuntaro Furukawa has admitted that future production plans are uncertain.

“Due to the global shortage of semiconductor materials, we are not able to produce all the products we want to,” Furukawa said (via VGC).

“We are doing everything we can, but there is an increasing sense of uncertainty about production plans. Our earnings forecast is based on the assumption that we will be able to secure parts and materials, and if the situation changes, we would like to respond by revising it.”

While there’s a good chance things could improve on the production front, it might be worth securing a Nintendo Switch console sooner rather than later.

This is especially true if you’re planning on buying one as a gift for an upcoming birthday or Christmas.

The production issues could also have a knock-on effect for the release of the rumoured Nintendo Switch Pro console.

Rumours of a new and improved Nintendo Switch have been doing the rounds for a while now, although Nintendo is yet to make any concrete announcement.

In handheld mode, the new Nintendo Switch Pro will allegedly have a bigger display with an improved resolution.

Previous rumours have suggested it will launch in 2021, although this seems unlikely based on the latest comments made by Nintendo.

The only bad news about the new Nintendo Switch Pro is that it will reportedly have one or two exclusive games.

That’s according to an industry insider, who said that third-party developers will be especially keen to take advantage of the new technology.

“There will be some select exclusives, especially from third-party partners,” reads a Resetera post. “May not be a big number of them, but I know of at least one.”

Previous Nintendo upgrades have done something similar. Xenoblade Chronicles 3D and Fire Emblem Warriors were both exclusive to the New Nintendo 3DS, for example.

Distributed the patch Dead by Daylight 5.0.0 – The Resident Evil chapter is online

Previous articleHelp protect nationally with timely oxygen supply in ABOVE
Next articlePutin: We will firmly defend our national interests