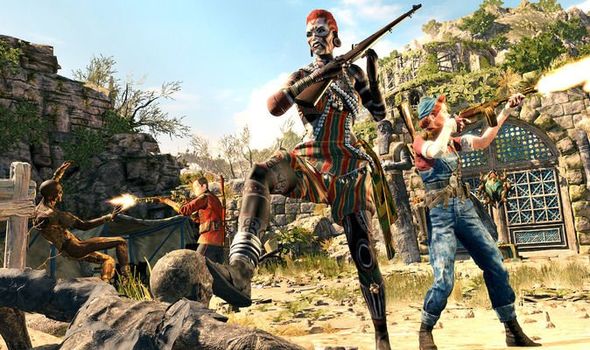 Strange Brigade made a surprise appearance during the E3 Nintendo Direct event.

Not only was the co-operative shooter announced for Nintendo Switch, but the Rebellion-developed game was given an immediate release date.

A PS4 and Xbox One hidden gem, Strange Brigade can be purchased from the Nintendo eShop for the discounted price of £22.49.

“Egypt, 1930s. Erased from history and buried in a nameless tomb for 4,000 years, Seteki the Witch Queen has risen once again,” reads the official description.

“Only one troop of heroes can stand against Seteki and her army of mummified monstrosities: the Strange Brigade!

It also features brand new motion controls, as well as support for the Pro Controller and HD Rumble.

From a technical standpoint, Strange Brigade features dynamic resolution switching for smooth 30 frames-per-second gameplay. It runs at up to 1080p on TV and 720p in handheld mode.

Fans can purchase the content individually, or pick up the Strange Brigade bundle featuring the base game and DLC content.

Elsewhere during the Nintendo Direct, the company would announce a new game in the Metroid series.

“Explore the sprawling map, evade the E.M.M.I. robots, and overcome the dread plaguing the planet when Metroid Dread launches for Nintendo Switch on 8th October.”

A new game in the WarioWare series was announced, while Legend of Zelda Breath of the Wild 2 was given a 2022 release date.