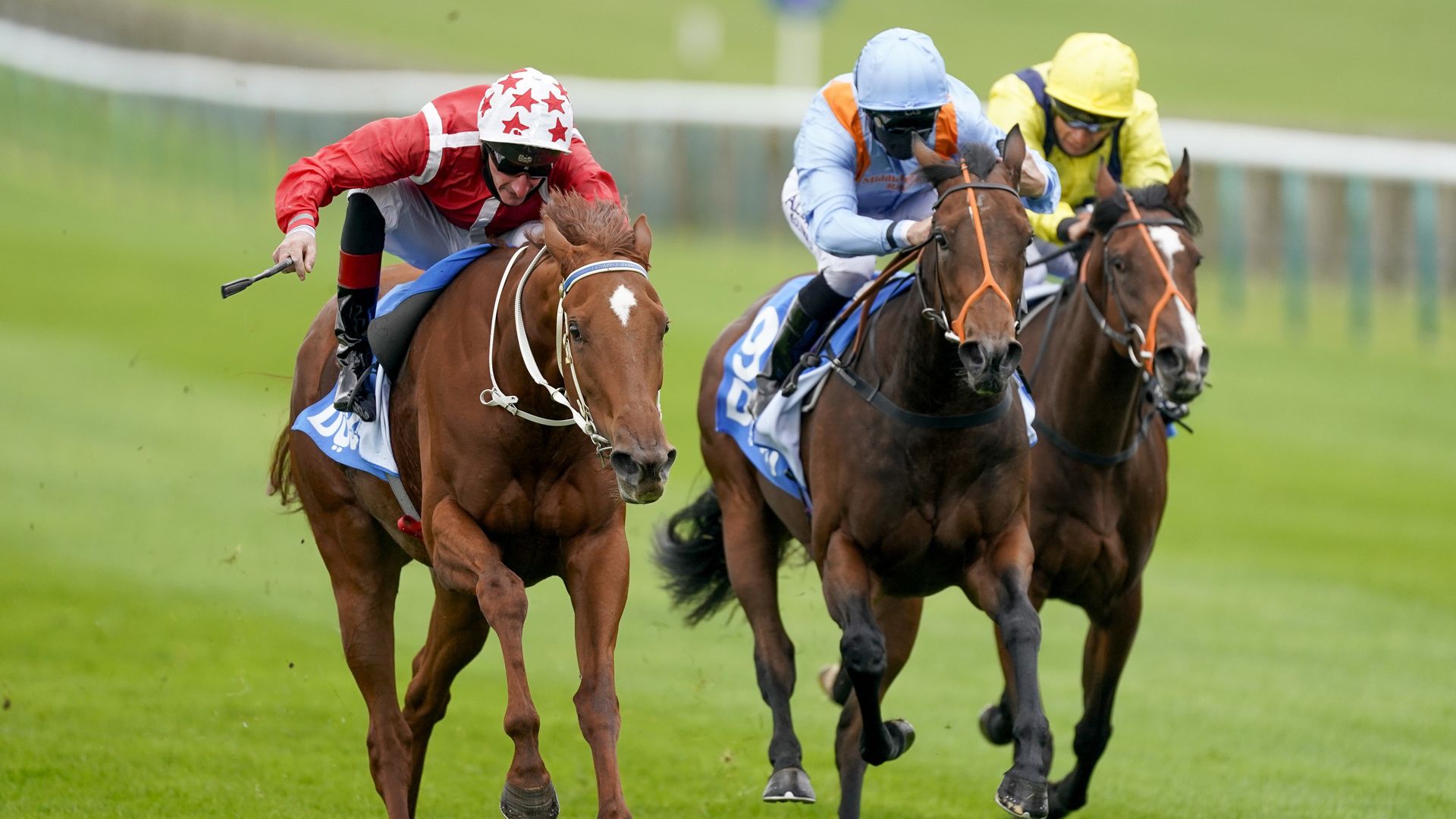 Saffron Beach has the Cazoo Oaks among possible next destinations following her fine effort in defeat in the 1000 Guineas.

Jane Chapple-Hyam’s filly beat all bar Aidan O’Brien’s Mother Earth in the Newmarket Classic on Sunday, and was staying on again crossing the line.

Connections are consequently giving thought to another Classic bid next month – with the Coronation Stakes, Irish Guineas and Pretty Polly Stakes also in the mix.

“I suppose we felt every emotion – delighted with how she ran, but gutted to come so close to winning a Classic.

“The owners are now making a decision whether they want to run her in the Oaks or not.

“When they were pulling up as they go up the hill, she was full of it. She certainly stayed every yard of the mile. You could nearly say she was first off the bridle because she wanted further.”

Saffron Beach has shown in her short career to date that she is adaptable to conditions as well as distance.

“She’s a filly who is versatile on all goings,” added her trainer.

“She won the Oh So Sharp on soft, and handled fast ground on Sunday. That opens up going abroad with her, because you’re not worried whether it’s going to rain or not, which is a big plus.

“She’s so uncomplicated, so genuine – and it looks exciting times for her stallion, New Bay. Her pedigree says a mile, to be fair, but New Bay won a French Derby and was third in an Arc.

“We’re not in the Prix Diane – with Covid and Brexit, there’s enough headaches.

“So she’s in the Oaks, the Coronation and also the Pretty Polly at the Curragh over 10 furlongs – so we’ve got all distances covered. She’s also in the Irish Guineas, so it’s up to the owners where they want to go – and I’ll get her ready for it.”

Saffron Beach fared a good deal better than stablemate Albadri, who should have been Chapple-Hyam’s first representative in a Classic but reared over on leaving the paddock before Saturday’s 2000 Guineas and was withdrawn.

“She ended up being my first runner in a Classic because of Albadri,” said Chapple-Hyam.

“It was so strange – he’s been to Saudi and back and never done anything like that, he just would not leave the paddock. He was fine anyway – we’ve had him checked over twice.”

The once-raced Bellosa is another possibility for the Coronation Stakes, but she will return to Newmarket for the Betway King Charles II Stakes first.

The three-year-old daughter of Awtaad bolted up by seven lengths in a maiden at the Craven meeting, landing some hefty bets in the process.

“I think the obvious race is the Listed one at Newmarket on May 15, the King Charles II,” said Chapple-Hyam.

“That would be against the colts – but the way she performed in her maiden and looking at the times and everything, you wouldn’t be afraid of taking on the colts.

“Also they’ve got to give her a few pounds as well – which is a bonus. She did it very impressively first time out.

“As for her trip in the future, it’s still up for debate I suppose. I like seven furlongs, and the owner likes a mile, so we’ll just take each as it comes because she’s still raw at the moment – she’ll tell us her capabilities in competition.”

Previous articleThe Manchester United Supporters’ Trust said in an open letter to co-chairman Joel Glazer that the club’s debt and decline during their ownership had reached a boiling point which resulted in their Liverpool fixture getting postponed due to fans’ protests.
Next articleKangana Ranaut Asks “Who Did The Second Wave In Japan . Modi?” After Japanese Government Declares Emergency In Major Cities