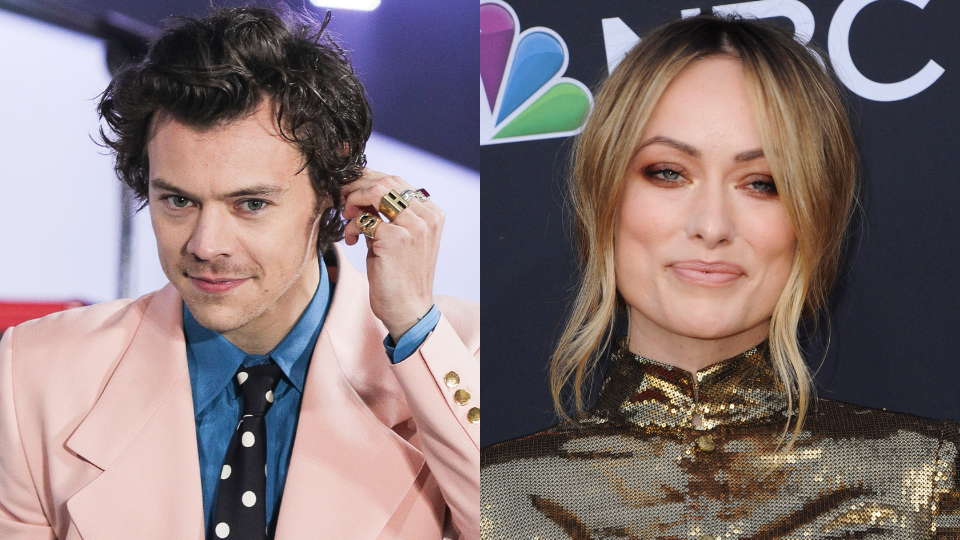 While it’s only been a few weeks since the world learned about their rumored romance, insiders already believe Olivia Wilde loves Harry Styles. The Booksmart director “is falling in love” with the singer, and she’s “falling for him hard,” a source told HollywoodLife.

Olivia, 36, and Harry, 26, first sparked romance rumors after they were spotted holding hands at a friend’s wedding in Montecito, California, in early January. Just a handful of weeks later, sources close to the House alum tell HollywoodLife that she’s pretty smitten with the “Golden” singer. But after news of her split with Jason Sudeikis in 2020, Olivia “doesn’t want to move too fast and scare [Harry] off,” the insider explained. “She’s been married before and had a near-decade relationship with Jason and has kids, so she is eager to see where this relationship goes with intentions of it being great but seeing how it all plays out.”

Olivia and Jason reportedly split in early 2020 after nearly a decade together. The couple share two children together—son Otis, 6, and daughter Daisy, 4—who have been staying in London with their father while Olivia has been working on her new movie, Don’t Worry, Darling, in Los Angeles. It is believed that Olivia and Harry’s romance began on set, with Olivia in the director’s chair and Harry playing a character named Jack in the film. According to HL’s source, Olivia “loves what he’s been able to do for their move” and “it really has impressed her to no end. And then to get to know him away from the set has been magical.”

The filmmaker went so far as to share a touching tribute to Harry on Monday, February 15, for his role in her new flick. “Not only did he relish the opportunity to allow for the brilliant @florencepugh to hold center stage as our ‘Alice’, but he infused every scene with a nuanced sense of humanity,” she wrote on Instagram, referring to Harry and his Don’t Worry, Darling co-star, Florence Pugh. “He didn’t have to join our circus, but he jumped on board with humility and grace, and blew us away every day with his talent, warmth, and ability to drive backwards.”

A second source told People that the pair have been staying at Harry’s home in Los Angeles “for a while” and have since left for England together so Olivia can be reunited with her kids after wrapping production on Don’t Worry, Darling. The filmmaker “feels everything is going at the right pace,” HollywoodLife’s source adds, “but she doesn’t want to have any wiggle room to mess this up, so she is making sure she separates work from pleasure and just gets the best out of this new relationship in any way she can.”