Xbox Gold subscribers can download a fresh batch of free games for the weekend.

As part of the regular Free Play Days promotion, Microsoft is giving Gold subscribers the chance to download three games for free.

This includes the official video game for the Olympic Games Tokyo 2020, as well as Battlefield 1 and Cobra Kai.

Xbox Gold subscribers can download and play the games for free from now until the morning of July 26.

“Sweep the leg, fight in the Great War, or compete for glory,” reads a Microsoft post.

If you want to continue playing after the free download period comes to an end, you’ll keep any progress and Gamerscore from the weekend.

Watch the Olympics in style

Get ready to watch Great Britain give it their all in the Tokyo Olympics by wearing some official Team Great Britain kit from Adidas.

“The Olympic Games are back, and this time it’s your chance for glory! Whether you play with friends, family, or go for gold on the global leaderboards, this is a party game that anyone can pick up and enjoy!” reads the official description.

“Prepare to unleash the competitor within as you create your athlete, customise their skills and pick the perfect costume. Why settle for standard sportswear when you can take centre stage as a pirate, astronaut or cowboy?

“Choose between 18 fun-fuelled sporting events—from Tennis and Football to the 100m, Basketball and Boxing—there’s always a record to beat and a score to settle.” 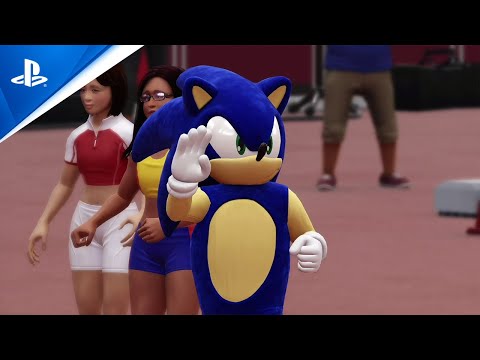 Cobra Kai, meanwhile, is a roaming beat-em-up, similar to something like Streets of Rage (just nowhere near as good).

“Taking place alongside the Netflix series, Cobra Kai gives you the chance to play and fight as your favourite characters, including Daniel LaRusso, Johnny Lawrence, Miguel Diaz, Hawk, and many more, as you explore familiar locations and beat up bad guys.

“You can go it alone, or play with a friend in this co-op brawler. If you can’t get enough during the free play weekend, the game will be discounted 50% until August 8. Choose your side and team and show the world which strip-mall dojo runs this town!”

Finally, Battlefield 1 is a first-person shooter set during WW1. If you enjoy the game, you can buy it for just £5.99.

How to view your Twitch chat while streaming?

Previous articleCarryMinati AKA Ajey Nagar’s YouTube Channel Was Once Hacked For A Charity Scam
Next articleUSA Women equal pay dispute: Players say judge did not take into account their