Siobhan-Marie O’Connor knows all about the frantic build-up, joy and heartache of performing on the world’s biggest stage.

The Bath-born swimmer, who retired in June aged 25 because of her struggles with ulcerative colitis, made her Olympic debut at London 2012 as the youngest swimmer in the GB squad, before winning silver at the 2016 Rio Games.

Siobhan will be a regular pundit on our Sky Sports News screens during the Tokyo Games covering the swimming.

With the pool action starting on Saturday, she gives an insight into what the team will be experiencing in their nervy build-up and their chances of making the podium…

There will be some anxious, shaky legs walking around the athlete’s village right now. Nothing prepares you for that feeling the night before an Olympics.

I could barely talk this time five years ago in Brazil. Whether you are in the stadium walking behind your flagbearer at the opening ceremony, or watching on TV from the apartment – it is an overwhelming feeling.

As Olympic athletes, you wait four years (sometimes five!) to seize the opportunity of a lifetime. You know how much it means, the hours you have worked, and how desperately you want to perform on the greatest stage.

All that is left is gaining confidence from your preparation and try to somewhat enjoy the anticipation. Although this Games has already brought many challenges, as soon as the torch is lit on Friday, two weeks of the most impressive feats of human performance, excellence and accomplishment await.

The 2020 Olympic Games are unprecedented. The COVID protocols, bubbles and quarantines. Tokyo will have already been the most challenging – for the organising committee and athletes. It will be unique and unlike my own experience in many ways.

However, there are some things I know for sure that won’t be different. And it’s those nerves that top the list.

The Team GB swimming team are in fantastic form, ready and raring to go. Just two months ago at the delayed 2020 European Championships in Budapest, they topped the medal table with a staggering 26 medals – including 11 gold – making it one of the most successful European championships in British history.

There are plenty of talented swimmers in our fierce 32-strong team. Where better to start than defending Olympic Champion Adam Peaty.

When I saw Adam swim 57.13 seconds to break the 100m breastroke world record and win gold in Rio five years ago, it took my breath away. My first race was the next morning, and watching him on the podium listening to our national anthem made the huge fire in my belly even greater. His energy and success electrified the team, and I’m sure it will be the same in Tokyo.

Adam’s world record (now 56.88 seconds), is over one second faster than any other athlete has ever done. He also holds the top 20 fastest times ever – a dominance not even the great Michael Phelps achieved.

Adam continues to make history, but in my opinion the most impressive thing is he never stops pushing the boundaries. He is never satisfied with what he has achieved and always believes he is capable of more. His aim in Tokyo is to break 56.60 seconds. It will be his “project immortal”.

I think we can expect brilliant things from our middle-distance sensations Tom Dean and Duncan Scott. At the British Olympic trials event in April, they both swam under 1 minute 45 for the 200m freestyle, delving into the top 10 fastest performances of all time.

Scott broke his own British record, and Dean also swam under the old mark. They arrive in Tokyo as the second and third fastest seeds which puts the men’s 4×200 freestyle relay team in fantastic contention for gold.

They will likely be joined by James Guy, Matthew Richards and Calum Jarvis on their hunt to dethrone the Americans who have won this relay at the last four Olympics. 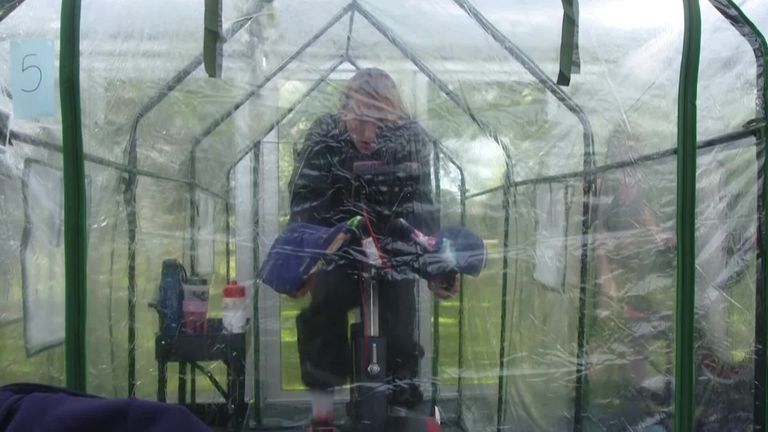 Double Olympian and world champion breastroker Molly Renshaw has a great chance in the 200m. She smashed the British record at the GB trials, clocking 2.20.89.

A few weeks later she was crowned European champion in Budapest. Molly was my roommate in Rio and is one of my closest friends. I will be cheering so loudly that hopefully she hears me from Tokyo.

She will be joined by fellow Loughborough team-mate Abbie Wood, who will also compete in the 200m medley. Abbie has had a breakthrough season and the two Loughborough girls have been pushing each other fantastically well.

What excites me most about Tokyo is the strength of our relay teams.

During my 10 years on the team, I have never seen the strength in depth that we have across all our relays. The men’s 4×100 medley team are the reigning world champions from 2019. I am so excited to see if we can remain on top of the world.

I have a massive amount of belief in our team and I can’t wait to watch and support Team GB over the next two weeks.