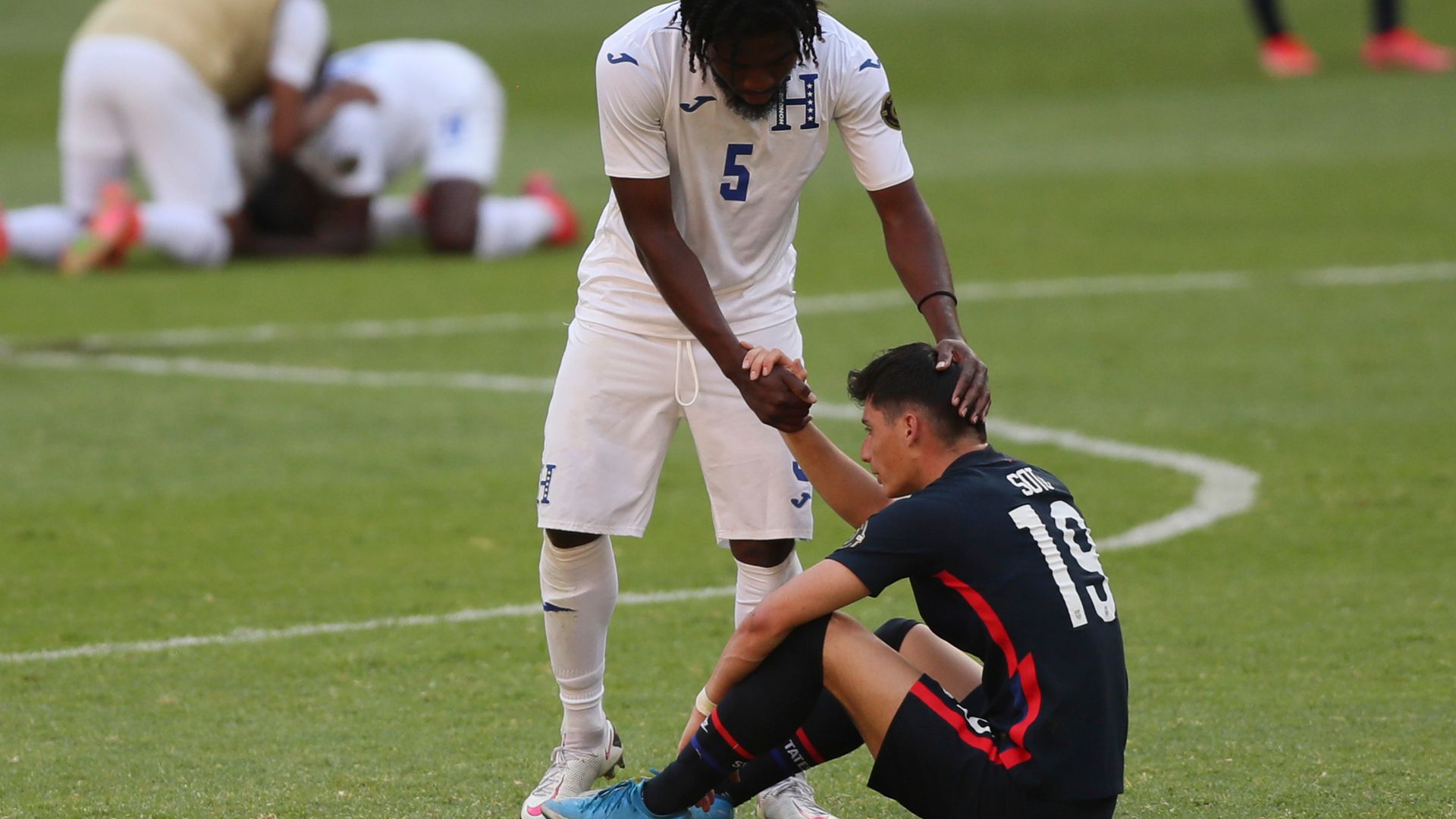 The USA will miss their third straight Olympic Men’s football tournament after losing 2-1 to Honduras in their qualification game.

The United States, who have not qualified for the Olympics since the 2008 Beijing Games, found themselves behind in first-half stoppage time when Juan Carlos Obregon bundled the ball home.

And two minutes after the interval Honduras made it two when US keeper David Ochoa was caught in possession with his pass being blocked by Luis Palma and bouncing straight into the net.

Jackson Yueill pulled one back but Honduras held on to advance to their fourth straight Olympics this summer and finished fourth at the 2016 Rio Olympics after losing to Brazil in the semi-finals.

“Obviously, we’re devastated, absolutely devastated,” US coach Jason Kreis said. “In our locker room, the guys are like it’s a tragedy.

“The only solution I would say is that if you can get the European players then perhaps you’re in better shape, but we all know the difficulties of that.”

Meanwhile Mexico, the 2012 gold medal winner, earned the other berth from North and Central America and the Caribbean by defeating Canada 2-0 in the second game of the doubleheader.

The Olympic tournament will be played from July 21 to August 7 in Tokyo, Kashima, Miyagi, Saitama, Sapporo and Yokohama.