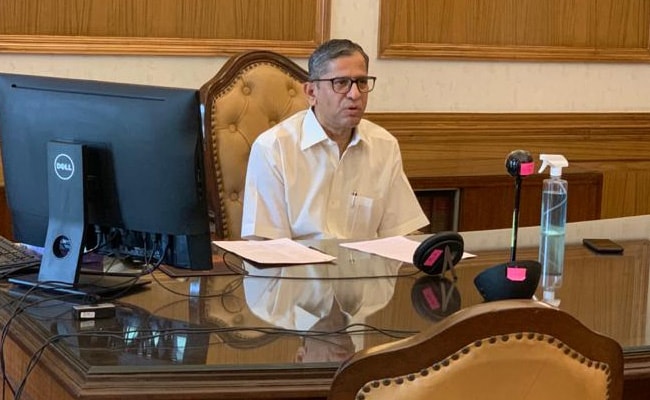 The CJI referred to the digital divide and said that “a whole generation of lawyers is being pushed out of the system” due to the technological inequality.

He was speaking during the release of a book, ”Anomalies in Law and Justice”, authored by former Supreme Court Judge Justice R V Raveendran in a virtual function here.

During the course of the panel discussion that followed the launch of the book, he informed that the matter of connectivity figured prominently in the two-day conference of chief justices of high courts that he had held recently.

“The poor connectivity in rural, tribal, remote and hilly areas is adversely impacting the pace of justice delivery and is also depriving thousands of young lawyers across the country of their livelihood.

“A whole generation of lawyers is being pushed out of the system due to digital divide,” the CJI said.

Justice Ramana also said that he recently wrote to the minister of Law, x`Communications and IT highlighting these issues and requested him to initiate steps on priority to bridge the digital divide and also to evolve a mechanism to help the advocates who have lost livelihood due to the Covid pandemic and who are in dire need of financial assistance.

The CJI also highlighted the need to declare the legal professionals and associated functionaries as frontline workers and the need to vaccinate them all on priority.