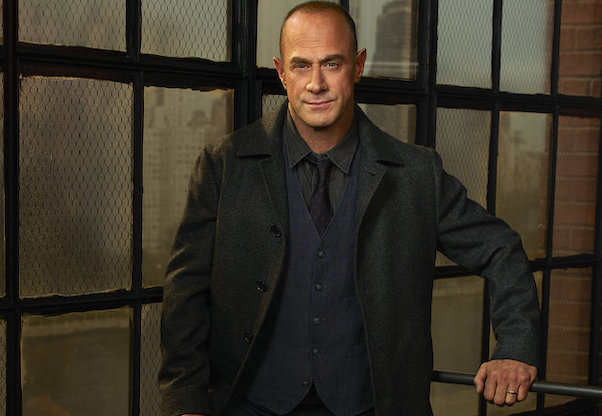 Chris Meloni might not have been looking for a sign that his return to the Law & Order universe was a good idea, but he certainly got one on the day he filmed for the first time — in quite some time — with former co-star/longtime friend Mariska Hargitay.

Meloni was at a nighttime location shoot for a scene in Thursday’s Law & Order: SVU two-hour crossover event (NBC, 9/8c), which also will serve as the premiere for his spinoff, Organized Crime. He was leaving his trailer just as a woman happened to walk by.

“She goes, ‘Oh my God, oh my God,’ and she stars hyperventilating. Tears start swelling and forming in her eyes,” he recalls. “I’m like, ‘Hey, how you doing?’ She goes, ‘No, you don’t understand: You’re the reason I became a cop.’” He laughs. “That was my introduction back to the meaning and the power and the place that my character — and our characters — have held in the consciousness of many people. It was nice.”

If the hard-nosed former SVU detective Meloni plays could hear the joy in the actor’s voice as he recounts the interaction, he’d maybe roll his eyes and pour himself a cup of bad coffee from the squad-room pot. Nevertheless, Meloni is very clear: Though it’s been a decade since he left the popular procedural, a departure he himself has referred to as “inelegant,” he’s very happy to be wearing Stabler’s badge again.

“It’s such a unique experience I’m living, which is a sense of welcoming and love and just, ‘Welcome back’ and ‘We’ve missed you.’ It feels very sweet. And I’m just going, man, not too many people get this,” he says. “It’s not lost on me.” 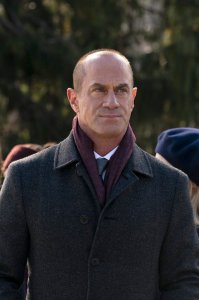 A bullpen briefing for those who might need it: Meloni’s Elliot Stabler and Hargitay’s Olivia Benson were SVU‘s lead detectives when the Dick Wolf series premiered in 1999. Benson and Stabler tag-teamed investigations of heinous sex crimes until the Season 12 finale, when Stabler shot and killed a rape victim’s daughter who’d opened fire inside the police station. Unwilling to do what Internal Affairs required in the aftermath — and coinciding with the breakdown of Meloni’s contract negotiations behind the scenes — Stabler retired off-screen, devastating his partner (and their fans).

Meloni went on to take roles in series like True Blood, Underground, Happy! and The Handmaid’s Tale, never thinking that he’d eventually return to the fictional New York City Police Department. “It was on my radar zero percent,” he says. “I had bid it adieu, and I was just going about my business, trying to continue a career.”

Now that Stabler is back in the fold, the SVU portion of Thursday’s crossover will find Benson and her unit supporting her former partner as he tries to track down someone who’s been threatening his family. It will lead into Law & Order: Organized Crime, the Meloni-led offshoot that will follow Stabler in a new role at the NYPD following what the show’s official logline calls a “devastating personal loss.” Organized Crime‘s cast also includes Dylan McDermott (American Horror Story), Tamara Taylor (Bones) and Danielle Moné Truitt (Deputy).

Below, TVLine chats with Meloni about how Organized Crime and SVU may not be as different as you’d think, the “complicated” status of the Stabler household and why “no one’s going to be satisfied” by Benson and Stabler’s reunion.

TVLINE | First off, I’m so sorry to hear about Organized Crime‘s second COVID-19 shutdown. I hope everyone is OK. Talk to me about the show’s getting into its groove and then having to pause again.
Sneakily frustrating. You know, I pride myself on being able to roll, and I can, but I really find myself a bit… the clean way is to say “out of sorts.” [Laughs] I was fighting not to be bent out of shape, and perhaps, in a moment, I lost that bet. Because we were really finding a groove, and we really are at the marinating stage and finding our way. You know, it just breaks the rhythm.

TVLINE | How far into the season have you shot?
Three in the can with five more to go. 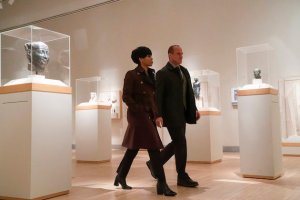 TVLINE | Let’s talk about Organized Crime. The SVU cases seem to hit the detectives in really personal ways. What’s the feel over at Organized Crime, where it’s a different type of case?
I think it’ll be as personal, if not possibly more, simply because you, the viewer, will be introduced to the heroes and the people that they will come to know as the Organized Crime Team. Then we bring the audiences into the lives — and the thinking and the machinations — of the bad guys, and then how we intersect, what they’re doing and who they are impact the players on each side.

TVLINE | You’ve talked about how things are a bit better for Stabler’s family, coming into the crossover, than they were the last time we saw him. What can you say about that? How is he getting along with the kids? Is he getting along with Kathy?
It’s complicated. I’m not trying to be coy. It just, it really is. When you’re doing a drama…

TVLINE | Before I ask this, I realize how asinine it sounds to use the terms “Elliot Stabler” and “work-life balance” in the same sentence. However: When he was with SVU, the job took over his life a lot of the time. I’m wondering if he’s gleaned any wisdom in the intervening years about how much of himself he wants to devote to work versus the rest of his life?
Yes. And then circumstances seem to get in the way. [Laughs] I leave that to the writers. I go into it with the best of intentions. You know, Elliot Stabler went into this season as father of the year! [Laughs] But then the writers have other ideas. 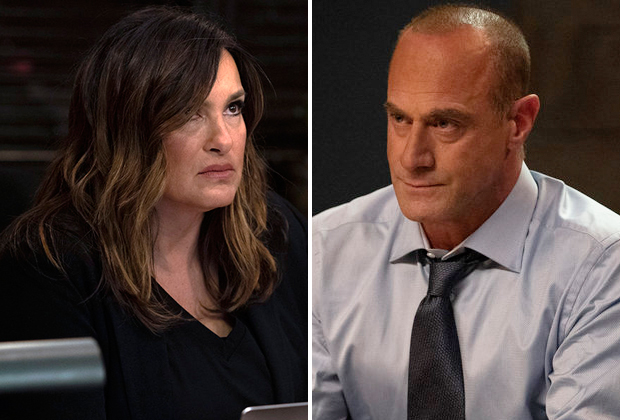 TVLINE | Was there a moment when you were shooting when you were like, “Yeah, I’m him again?”
That was actually the most surprising aspect to the whole proceeding. You know, you’re presented with the idea. You mull it over, and you negotiate your terms, and you’re off and running. And then, along the way, you’re like, “What have I done?” [Laughs]  …You get into all these crazy, but needed, thought processes.

And then, all of a sudden, the day is there, and you go, “OK, well, what the hell? Let’s jump in.” And it was seamless, and I was shocked. I was shocked. Didn’t think about it. It was funny. I mean, the most arduous journey for me was to push away all the hoopla, the buildup, anticipation and expectations. I finally had a nice chat with myself saying, “Please don’t do that. Just focus on the work, and everything will be fine.” Sure enough, I did do that. I listened to myself. 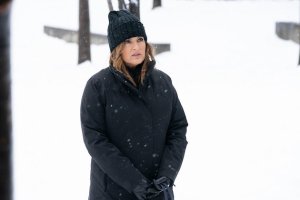 TVLINE | It sounds like Stabler and Benson are going to have a little bit of a rough re-entry into each others’ orbits.
Well, this is what I think about that: No one’s going to be satisfied. [Laughs] I mean, it’s such a long time. It is so many unanswered questions. I think there’s such a great sense of abandonment and betrayal and a what-the-f–k-ed-ness of it all, that, you know, that wound is, you know, not going to… get its dressings all, you know, squared away. You know, it’s going to be a process, right? (Editor’s note: As previously reported, there will be more Stabler-Benson scenes on SVU, at least, later this season.)

TVLINE | And he wasn’t gone very far, right? You’ve said he was still working with the New York City Police Department.
Yeah, and I was out of town.

TVLINE | So the Organized Crime cases aren’t just some mafia don that Stabler’s going to go up against. By the way, I do hold out hope that the animal-smuggling ring that shot Stabler in Season 10 is going to show up somehow, but other than that —
Wow.

TVLINE | Yeah, old school. But what kind of crimes are we talking about?
These organizations are very sophisticated. They, very often, blend into and along with legitimate businesses. A lot of it is cyber stuff. But then it has to land somewhere, whether it’s human trafficking or sex trafficking or drugs or, you know, manipulation of elections. [Laughs] You know, nefarious deeds are all over the place, so we’re going to hunt them down and bring them to justice.