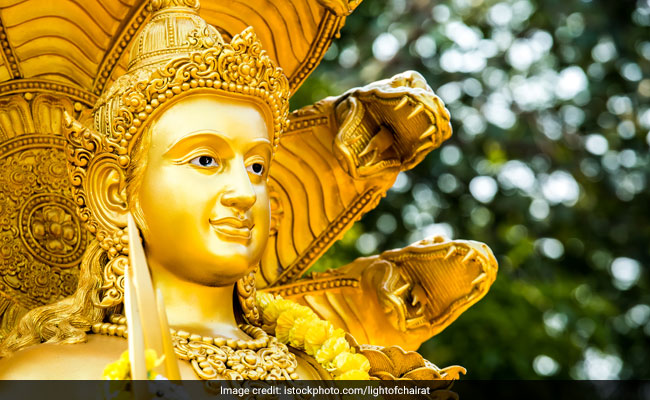 The suspects removed the burglar bars and stole more than five statues. (Representational)

An over-a-century-old silver statue of revered Hindu deity Shakti, brought by an indentured labourer from India, was stolen along with a number of other items from a temple in South Africa, leaving the community heartbroken with the theft of the historical idol.

The statue, made of solid silver, was among a number of items stolen from the Arupta Temple in the mainly Indian suburb of Isipingo Hills in Durban, where the first indentured labourers landed by boat in 1860.

Trustee of the temple Omela Moodley said that her grandfather Murugasa Coopsamy Naicker had initially kept the statue in his private temple at his residence in another suburb of Durban, Clairwood, but after his death, it was donated to the temple when the surviving family relocated there.

Ms Moodley told the weekly Post that burglars gained entry to the temple through a window in the resident priest’s living quarters.

We currently don’t have a resident priest so the room was not occupied. The suspects removed the burglar bars, went into the temple, and stole more than five statues and all our lamps.

They basically took anything that was brass. The caretaker notified us about the robbery the following day. With the items stolen, it felt like our temple had vanished overnight, Ms Moodley said.

She said her grandfather became a successful builder after his period of indenture ended following his arrival in the country from India in 1886. He made a trip back to his village in south India in the early 1900’s and returned with the statue.

It was beautiful. It was made of solid silver and it was heavy but it could be carried by a single person. It is heartbreaking to see our religious items, one of which had so much history, be taken like it is nothing, Ms Moodley said.

She said the temple committee would be meeting soon to discuss a way forward and whether the items would be replaced if they are not found.

Police spokesperson Colonel Thembeka Mbele confirmed the theft and said a case of housebreaking was being investigated.

However, some devotees believed that even if the culprits were found, the statues were likely to have been melted down already and sold for their intrinsic value.

Previous articleInfinity War Claims A Fan Theory! Here’s What Happened To Him Before Thanos’ Attack
Next articleSherni Trailer Out! Vidya Balan Starrer Looks A Hard-Hitting Tale On Man-Animal Conflict That We Really Needed